As we draw very close to the launch of Switcheo TradeHub, the excitement brewing amongst our team is palpable, even across the vast distances of Zoom calls.

Through a series of three posts over the next few days, we’ll be sharing with you how the SWTH token will become an even more integral part of our trading ecosystem.

In today’s article, we’ll start off by exploring the new basic mechanics of the token and then touch on the monetary policies that our team is currently proposing.

Staking at our core.

We’ve already revealed that when Switcheo TradeHub launches, SWTH will have a staking functionality at its core. Let’s see what that means.

Staking in Switcheo TradeHub means posting tokens as collateral for the purpose of guaranteeing that transactions have been processed in a valid manner.

What does processing or verifying transactions entail?

There are many requirements for a transaction on Switcheo TradeHub to be processed in a valid manner.

Most importantly, fair ordering and execution of trades need to be maintained. Switcheo TradeHub uses a novel batch-based matching system across all markets to perform low latency on-chain matching that fully eliminates front-running. This needs to be executed in a fair and deterministic manner.

Transactions also must be checked for proper signatures from the trader’s account so that they will be accepted on Layer-1 blockchains (like Ethereum, Bitcoin, Neo).

There are many other transaction requirements that are too technical for this article. For now, those will be left as an exercise for the reader to examine, when we release the extensive Switcheo TradeHub codebase. Verify, don’t trust!

In a typical scenario, token holders will not actually process transactions themselves. Instead, they will delegate their tokens to validators who will act on their behalf.

What are validators and delegators?

In order to ensure low latency trade confirmations, we limit the number of participants involved in the actual processing and validation of transactions. Therefore, Switcheo TradeHub makes use of the delegated proof-of-stake system where a smaller number of validators act on behalf or the larger set of delegators.

Validators are hardcoded in the genesis block. A selection process has already begun. The validators set can also be modified at a later time through a consensus vote. Our goal is to have a sufficient number of distributed and anonymous validators for sufficient decentralization, with the primary objective of censorship resistance.

At the moment, we want to launch with just 11 validators, and scale from there. We anticipate being able to support up to about a hundred validators.

Delegators may be any token holder. Token holders become delegators by submitting a delegation transaction with the amount of tokens to be staked and their chosen validator. This delegates the voting power (for transaction consensus, not governance) of those tokens to the validator, while also earning staking rewards (described below).

Delegators can undelegate tokens, but an "unbonding duration" of 30 days will be applied. Tokens that are being unbonded will not earn any rewards during this time and cannot be used or transferred in any way. Redelegation of staked tokens to a different validator, on the other hand, is instantaneous.

In future articles, you may notice references to other actors such as oracles and liquidators. We should therefore note that the safe and correct functioning of Switcheo TradeHub does depend on a number of additional incentivized actors! For simplicity however, we only describe validators and delegators here, since the staking activity mainly involves only these two actors.

Staked tokens will earn SWTH from trading and transaction fees as compensation for acting as the transaction validation collateral. In addition, stakers will earn a base amount of tokens every block known as a “coinbase” or “block reward”. This reward acts as a guaranteed interest on the premiums locked up through staking. All rewards are distributed proportionately to the amount staked. Unstaked tokens do not attract any rewards at all.

Do note that token collateral may be slashed (burnt) if they have been delegated to a validator that commits a Byzantine fault! This can happen if the validator violates one of the above agreed upon rules. Validators should therefore be chosen with care based on their validation history that can be viewed from the TradeHub's chain explorer and staking interface.

It is also worth mentioning that since validators do all the actual computational work, they may choose to set a commission where a portion of the rewards for the delegators go to them instead. We anticipate this percentage to be relatively high at the beginning due to the higher hardware requirements of running validators nodes.

During the first 4 years of Switcheo TradeHub operation, the number of tokens issued as block rewards will start with an initial weekly emission rate of 1.92% in Week 1 and then decay by 1.65% week-on-week. Tokens will be issued at a constant rate in Year 5. After Year 5, no more new tokens will be issued.

Here is a table approximating the new token reward model.

SWTH will no longer be burnt by “exchange operators” when Switcheo TradeHub launches (as they no longer exist). Instead, the above changes will see the SWTH token move from a deflationary model to one that inflates at a decreasing rate. Under this new policy, Switcheo will inflate its total supply to approximately 2,160 million over the next five years.

We feel the introduction of this new monetary policy is a significant improvement as it will better incentivize active usage of SWTH and will quickly reduce the floating supply of SWTH during the ramp-up period of Switcheo TradeHub.

Early stakers stand to earn a yield of up to 100% APR in the first week that staking is available!

Additionally, a bulk of the inflation rewards to be received through Switcheo’s own holdings are earmarked to be used for incentivizing liquidity providers during the bootstrap phase of our native liquidity pools. We’ll talk more about that when we examine the new automated market maker and liquidity pool system that we will be using.

The charts below shows the new SWTH supply curve over the inflation period.

When will these changes occur?

The token upgrade will be rolled out over two phases.

In Phase 0 of our rollout, SWTH holders will be able to do a one-way transfer of SWTH to Switcheo TradeHub so that the tokens can be staked. It will not be possible to immediately withdraw tokens to the Neo blockchain, or transfer tokens to other addresses after doing the one-way transfer. These tokens also can not be traded in this phase.

This bootstrap phase comes with higher risks but the most rewards! Users who do not wish to commit to staking tokens should not take part in the transfer at this point.

In Phase 1 of our rollout, Neo deposits and withdrawals will be processed by Switcheo TradeHub. SWTH tokens will now be withdrawable as a NEP-5 token for standard token transfers on the Neo blockchain.

As Switcheo TradeHub matures, we can begin activating more functionalities for SWTH.

The existing tiered discount program with SWTH will continue. It will be hardcoded into consensus rules of Switcheo TradeHub. Future changes will therefore require all validators to agree on an upgrade through a yet-to-be-finalized voting mechanism or governance model.

We also want to bring the Switcheo referral program to the next level. Referrals will be boosted through holding or staking SWTH, and the referral program will be expanded to award multi-level rewards that are completely on-chain. This will be detailed in an upcoming post.

On top of that, Switcheo TradeHub has opened up other new and enhanced ways for SWTH holders to be rewarded. We'll tell you more about this in the rest of our series. Stay tuned for more to come! 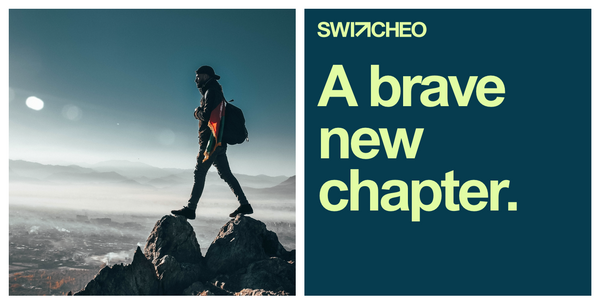 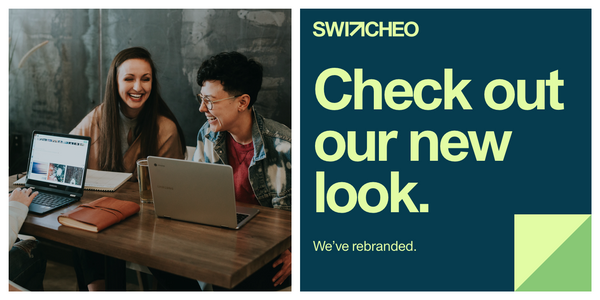 Our new look is now live! Our new identity focuses on the fundamental strengths of our brand and the beliefs of our team.