We are proud and exhilarated to officially unveil Switcheo TradeHub, an open-source dPOS order matching engine built on top of Tendermint Core.

Our team has been working hard on Switcheo TradeHub for many months under its previous moniker “Switcheo Chain”; Today, we would like to present the details on what this new technology means for the future of Switcheo, the benefits it will bring to our users, and explain how exactly we intend to roll it out.

What exactly is Switcheo TradeHub?

Switcheo TradeHub does not have generic smart contract execution features, as it is not intended to be used as a general-purpose public blockchain. Since it only allows specific execution paths, the number of possible attack vectors is minimized. With Switcheo TradeHub, we will achieve true decentralization without compromising on scalability or security!

What improvements to Switcheo will we see?

Switcheo TradeHub is the natural next step in our vision for a competitive, yet fully decentralized exchange. As such, the first goal of this new “application blockchain” is to bring us to an equal footing with our centralized counterparts.

At launch, we will be able to support advanced order types (such as stop-loss or take-profit orders) which are currently too computationally expensive to implement within the smart contracts of Layer-1 blockchains.

We will also be introducing full order books on cross-chain markets, allowing the trading of tokens across different blockchains with limit and stop orders. Users will experience a simpler and quicker settlement process for cross-chain trades since transactions no longer need to be confirmed on multiple blockchains in order to fully execute.

We will deprecate atomic swaps once Switcheo TradeHub launches and will open up public liquidity pooling for all markets, and introduce a new Swap Mode for users to exchange assets directly from their wallets without having to perform deposits or withdrawals.

Switcheo TradeHub will come with a public liquidity pool and native automated market maker (AMM) for every market, allowing anyone to earn interest by simply contributing their tokens to the pool via our user interface.

Liquidity contributors can earn on every trade executed by the AMM by sharing the maker rebates and profits from bid-ask spreads. In order to successfully bootstrap the liquidity pools at launch, the potential earnings for providing liquidity on Switcheo will be manually set at a competitive APR such that it is comparable to that of other crypto lending platforms (such as Compound Finance). This is done by distributing a portion (up to 50%) of the block rewards that will be earned from Switcheo’s own holdings as additional liquidity rewards. On top of that, the pools will feature flexible bonding curves, so that liquidity can be used as efficiently as possible by the AMM and earnings can be maximized.

The convenience of automated market-making and higher potential earnings will encourage token hodlers and project owners to increase the exchange liquidity without sacrificing opportunity costs. In addition to the new native liquidity pools, we are committed to maintaining the existing integrations to third-party liquidity pools such as Kyber Network and Uniswap which will continue to act as liquidity backstops.

True to our decentralized ethos, automated listings will be a new mainstay feature of Switcheo TradeHub. Project owners will have the option to list their project’s token in a permissionless manner. To list a token, the project owner will simply need to burn a designated amount of SWTH, and bootstrap an initial liquidity pool with equal amounts of the base and quote tokens.

How does Switcheo TradeHub work?

Switcheo TradeHub is powered by the Tendermint Core BFT consensus algorithm and we have tested our application to be able to sustain a very high transaction throughput of more than 1000 transactions per second (TPS) and can absorb a peak load exceeding 10,000 TPS. Because all transactions (such as placing and canceling orders) and matched trades are recorded on Switcheo TradeHub, it will no longer be necessary to rely on Switcheo’s centralized servers to broadcast trades to the Layer-1 blockchains.

Since a single Layer-1 transaction can contain a large number of trades by batching and compressing through “rollups”, settlement of trades will be scalable and inexpensive. With this new architecture, users will be able to enjoy trades with low or even zero network fees.

What protocols and technologies will Switcheo TradeHub use?

Switcheo TradeHub is powered by multiple 3rd-generation protocols. In order to maintain non-custodial deposits and withdrawals of Layer-1 tokens (e.g. ETH, ERC-20, NEO, NEP-5), we have been working closely with NGD for additional strategies of conducting cross-chain deposits for Layer-1 tokens, especially those that do not fully support smart contracts such as Bitcoin (BTC).

Going forward, we will support multiple gateways for trading Bitcoin — using i) BTC-WBTC trustless atomic swaps, ii) federated escrow signatures (multiparty computation), as well as a brand new cross-chain technology iii) that will be revealed by Neo Foundation! Users will be given the choice of deposit method based on their own desired trade-offs between trust, speed, and usability. The selection can be done with just a click of the button from Switcheo’s Wallet Manager!

Switcheo TradeHub also heavily uses Cosmos SDK as an underlying technology. Cosmos SDK was developed as a solution for blockchain applications that need to be scalable, highly customized and yet can achieve low block latencies. On top of that, Switcheo TradeHub will be able to directly communicate with other IBC-compliant blockchains in the future through Cosmos’ Inter-Blockchain Communication (IBC) protocol. By leveraging this technology, many restrictions our Layer-1 DEX previously had has now been lifted, expanding the future potential for Switcheo!

How will we roll out Switcheo TradeHub?

Validators have begun joining our test network, and the Phase 0 genesis block will be minted soon. If you would like to help us test Switcheo TradeHub as a validator, please contact us at engineering@switcheo.network.

Switcheo TradeHub will use the Switcheo Token (SWTH) as a native token that can be staked for rewards.

In Phase 0 of our rollout, SWTH holders will be able to do a one-way transfer of SWTH to Switcheo TradeHub so that the tokens can be staked. It will not be possible to transfer tokens to the Neo blockchain or to other addresses during this phase. Transferred tokens can not be traded in this phase. Users who do not wish to commit to delegating or staking tokens should not take part in the transfer at this point.

Phase 0 will only enable this token staking feature.

While our matching engine is ready, trading will remain on our existing (legacy) matching engine as we have an exciting partnership in the works regarding our cross-chain deposits!

In Phase 1 of our rollout, Neo deposits and withdrawals can be processed by TradeHub. SWTH tokens will now be withdrawable as an NEP-5 token for standard token transfers on the Neo blockchain. Trading will continue on the legacy matching engine.

In Phase 2, deposits and withdrawals of Bitcoin and Ethereum will be possible. Trades will now be processed by Switcheo TradeHub and commissions will automatically and immediately accrue for stakers.

At this point, the final burn of Switcheo tokens will be conducted on the Neo blockchain and a token upgrade deadline will be imposed.

In this phase, we will go live with the native Liquidity Pool and Automated Listing features.

In this phase, we want to have integrated Neo 3.0 and rapidly support multiple other blockchains. Additional side-chain transaction data availability will be provided by high speed, low-cost blockchains such as Neo and Zilliqa. Switcheo’s decentralized vision for our spot exchange will be complete.

The following are the technical specifications for Switcheo TradeHub: 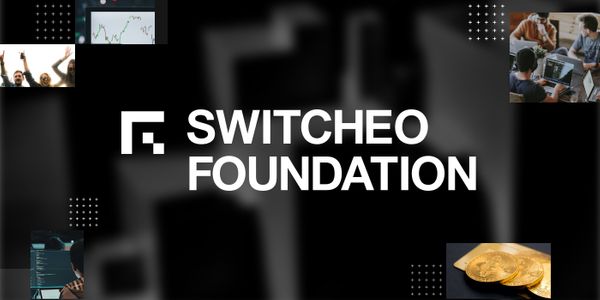 #SwitcheoTurns2 ✌️ We are celebrating Switcheo’s 2nd anniversary on 31st March 2020! The Switcheo community has been our cornerstone from the beginning, and the growth of