Every day at Switcheo, we continuously innovate and push boundaries. Starting from being the first decentralized platform with dated futures, we aim to launch a complete set of financial instruments that will create real value for our users and form a stronger foundation for the wider DeFi community.

That is why we are announcing our new feature - our own money market, as well as our Carbon stablecoin.

Let's walk through how our motivations behind creating a money market and our own stablecoin and how they work.

Stablecoins continue to play a core pillar in DeFi as a stable medium of exchange, and for a long time, centralized stablecoins were a good choice.

Additionally, with the upcoming launch of Carbon's multi-asset collateral feature, more assets will enter Carbon. This will increase the demand for permissionless lending and borrowing of assets for increased capital efficiency. Thus, having a money market on Carbon synergizes well with multi-asset collateral, opening up more strategies and opportunities for our users.

The Carbon money market will be a decentralized lending and borrowing platform accepting assets from across the Cosmos ecosystem.

But we are not stopping at Cosmos, as Carbon is an L2 sidechain, we can accept assets from other chains that we are integrated with, from Ethereum, BSC, Neo, Zilliqa, and more in the future.

How would Carbon's money market work?

Similar to AAVE, there will be a list of assets that can be accepted as collateral for lending and borrowing.

Users with idle assets on Carbon can earn a yield on them by depositing them and receiving a receipt token in exchange. The deposited asset can be used to supply users who are looking to borrow these assets. This borrowing will be done in an overcollateralized manner.

Next, users can leverage up by borrowing against their deposited collaterals to free up liquidity to buy other assets, or to short an asset by borrowing and selling it.

Borrowings can only be done if there are assets available to be borrowed, and the interest rate will be variable depending on demand and supply, and all borrowings are done in an overcollateralized manner.

In the spirit of decentralization, we will be creating a simple and userfriendly UI for anyone to easily bid for liquidation. With this, anyone can participate in liquidations, not just bots. More details will be published in the near future.

Carbon's money market will only allow for accepted/whitelisted collateral as deposits. The list of accepted collateral will be announced on launch, and more can be added via governance voting in the future.

How does the Carbon Stablecoin Work?

Our stablecoin will be soft-pegged to USD following the battle-tested MakerDAO's Collateral Debt Position (CDP) model that mints the DAI stablecoin.

How does this CDP system work?

Carbon users would lock in collateral on our platform to mint our Carbon stablecoin and can redeem their collateral back by burning the stablecoin.

The value of the collateral locked in the CDP needs to maintain a certain percentage of the stablecoin minted, usually around a 150% ratio. This over-collateralization is important to prevent the CDP from being under-backed during volatile periods, which could cause the stablecoin to be depegged.

When the CDP value falls below the ratio, it becomes undercollateralized and the assets in the smart contract are sold to liquidators who collect a liquidation fee to help back the value of the stablecoin minted, ensuring that all stablecoins are sufficiently backed and will maintain their peg.

What makes our stablecoin different from DAI?

DAI is currently backed by over 50% of USDC, which makes them prone to censorship risks from USDC.

This was such a serious issue that there was even a discussion to convert all of the USDC into ETH due to the large censorship risk involved.

Carbon can receive assets from the multiple chains that we are integrated with such as Ethereum, BSC, Cosmos, NEO, Zilliqa ecosystems, and more in the future.

This means on top of accepting assets like ETH and ATOM, we can also accept assets like SWTH, OSMO, JUNO, EVMOS, KUJI, etc, and even other decentralized stablecoins as collateral to be used to mint our stablecoin, as long as it is whitelisted first as acceptable collateral via a governance vote.

We are still working out the details for the minting fee, borrow APR, liquidation fee, and collateralization ratio, and they can be later voted upon by the community in a governance proposal.

This would make the Carbon stablecoin an uncensorable, decentralized, deep-liquidity, secure and cosmos-native stablecoin.

How do these features synergize together?

Assets deposited in our money market would return a receipt. That receipt could also be accepted as collateral for minting, allowing you to borrow against yield-generating assets, similar to Abracadabra.

This would allow you to increase capital efficiency while still doing your yield farming activities, truly the best of both worlds.

Our upcoming multi-asset collateral and cross-margin feature will allow for multiple accepted assets to be used as collateral for trading as well as take all accepted collateral in your entire account balance as margin.

This means Carbon's stablecoin can also be used as collateral for trading, or lent out to others who need it for margin, creating a solid use case for our stablecoin from the start.

Here is a sample UI of the Carbon money market and CDP:

Production for our money market and stablecoin is already in the works and are expected to go live in early Q4 of 2022 if everything goes smoothly.

Stay updated with us by following us on Twitter and other social media where we will share in-depth articles, tutorials, and news of our upcoming features.

What this means for $SWTH and stakers

The launch of these features ultimately means more utility to $SWTH, and adds more volume and activity to the Carbon chain and Demex dapp, and ultimately increases the yield and value provided to $SWTH stakers and holders.

These features will generate more intrinsic demand and create additional fees such as CDP fees including borrowing, lending, stablecoin minting, stability fee, liquidation fees, etc, which will be distributed to $SWTH stakers.

Additionally, pushing out a stablecoin for Carbon and the Cosmos ecosystem, on top of “Order book DEX for Cosmos” would give us a boost in eyeballs, and free publicity will benefit our ecosystem and users.

To our loyal community who have been with us on this journey and have been staking $SWTH, we will continue to develop through the bull and bear market to deliver you a great product that pushes the edge of DeFi and to give you an asymmetric payoff in the end.

Carbon Protocol is a decentralized Layer 2 cross-chain trading solution built atop Cosmos-SDK. Carbon is designed specifically to support scalable trading of derivatives and sophisticated financial instruments such as options, futures and bonds.

Acting as a building block for DeFi, Carbon bridges the Cosmos and Ethereum ecosystems. The network is not only IBC-enabled, but supports bridging and permissionless listing of tokens from non-IBC chains as well. 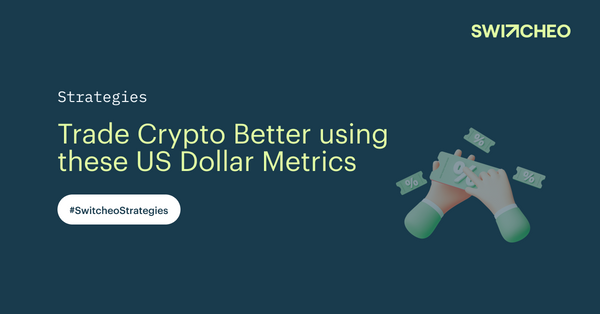 Prices of assets are driven not just by fundamentals, but also by the liquidity in the financial system. Find out how to use this data to gain an edge in your trading. 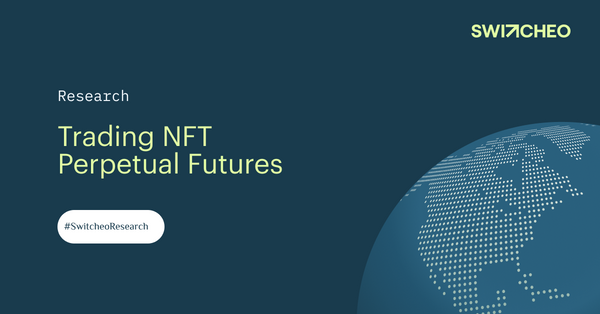 Non-Fungible Tokens (NFTs) have come a long way since their creation in 2014.