Treasure is a decentralized NFT ecosystem on Arbitrum that is built specifically for metaverse projects. Every project listed on Treasure’s marketplace utilizes $MAGIC in their respective metaverses, with each community inventing its own lore and storytelling for this resource. MAGIC, the native token of Treasure, is the sole currency for marketplace transactions. In this way, MAGIC acts as the reserve currency for the entire web of metaverses connected under the Treasure umbrella.

Treasure is building a decentralized Nintendo for the metaverse, consisting of the console, their own play-to-earn games, games from other developers, a launchpad for those games, and a marketplace where you can trade the assets of those games as NFT. The MAGIC token is the currency that ties everything together. All games being built utilise MAGIC and the NFTs can only be bought with MAGIC.

TreasureDAO to launch on Cosmos

A team member has confirmed in the TreasureDAO discord that they will be their own chain on Cosmos. The gaming component of TreasureDAO will be on Cosmos due to the cheap transaction fees while the NFTs will still stay on Arbitrum. This is a great move by the team as each transaction on Arbitrum costs around $2-$3 which is unsuitable for smaller players to onboard.

Bridgeworld is a game of strategic commerce, trade and domination which sits at the center of the Treasure metaverse. Legions, Treasures and other NFTs native to Bridgeworld, represent player characters and items that are used to explore, create and ultimately extract $MAGIC from the world.

Bridgeworld not only incorporates many of the DeFi concepts that are becoming standard across “Play-to-Earn” (P2E) games, but it also represents a leap forward. To this end, Bridgeworld is an expansive metaverse connected by resources and narrative. The Bridgeworld narrative establishes building blocks for which other games and communities can be built. $MAGIC token, which is the reward from Bridgeworld, is the social coordination tool for the TreasureDAO. The Treasure project uses $MAGIC to support decentralized game making and governance.

As a community-first game, Bridgeworld incentivizes social coordination through the formation of guilds and sub-DAOs, enabling collective strategies around resource accumulation and optimisation, including the onboarding of new players. In the first Season, NFTs will play a key role as players can stake their Legions, Treasures and Consumables to develop characters, build narrative, and improve mining efficiency.

There are any roles for anyone who wants to play a part in Bridgeworld, ranging from farmers, traders and players who are interested in crafting and summoning. Take a look below for the summary of different roles.

Users must time lock $MAGIC in the mine to gain access to emissions. NFTs including Legions (Genesis and Auxiliary), Treasures and Consumables can be deposited alongside $MAGIC to enhance a user’s mining power which is used to determine the relative share of emissions. NFT modifiers do not by themselves emit MAGIC. Their powers are only activated by MAGIC. While MAGIC remains time locked for the designated period, NFT modifiers can be unstaked at any time.

Users must time lock their MAGIC for a minimum of two weeks and up to 12 months. The longer MAGIC is time locked within the mine, the higher the user’s base mining power.

Mining power is used to calculate an individual player’s share of mining emissions. Having high mining power enables a user to gain a greater share of emissions but does not increase the rate of MAGIC emissions for the ecosystem as a whole. As a result, players have to understand that they are in competition within their mine as well as across harvesters to earn a gradually shrinking incremental supply of MAGIC.

To build longer term sustainability and to mitigate volatility of large, single day unlocks, Bridgeworld will be introducing a vested release of staked MAGIC for the principal deposited only. The principal will be vested on a per second basis from the point of unlock. Rewards will remain claimable on an ongoing basis.

The principal vesting period will be commensurate with the duration of time lock and the level of time lock boost received. Stakers who received a higher time lock boost will experience longer vesting times. Vesting will occur on a per block basis from the point of unlock:

The Barrack is where players can summon a “Recruit” legion to explore the game. Recruits can be minted for 10 MAGIC, and have multiple restrictions relative to normal Legions. These are:

Recruits allow new players a low-cost route of entry into the game which does not adversely impact the broader economy, since they are noninflationary in nature to the Legion population. They are nonetheless not to be underestimated, since their ability to earn material rewards from even a basic quest provides a route for new players to save and earn their own legion over time. Recruits can only do recruit specific quests as shown below.

The Summoning Circle is where Legions can be sent to summon Auxiliary Legions. Summoning will take 7 days to complete and newly summoned Auxiliary Legions will experience a “Summoning Fatigue” which disables them from summoning for another 7 days.

The Ivory Tower is where Legions can set out on quests in search of Treasures and other items, growing more experienced as they continue to explore Bridgeworld’s frontiers. Questing points are awarded per completed quests, and these are used to automatically gain questing levels.

Currently, Legions will have a maximum of 5 Questing Levels. Increasing their QP unlocks more difficult quests, which then offer players better rewards. Questing experience and in turn, levels are automatically awarded for each successful quest completion.

Initially, there are three tiers of quests: Easy, Medium and Hard. Each difficulty gives out different rewards. These rewards can be sold on the Treasure Marketplace or used in Bridgeworld.

Quest rewards are used for different aspects of Bridgeworld. These are:

The Forge is where Legions can utilize Treasures to craft powerful consumables. Treasures contain magical properties that Legions can extract and use to craft valuable consumables, growing more experienced as they continue to hone their trade.

Pilgrimage is where pre-Bridgeworld Legions go to obtain properties required to participate in the Bridgeworld game. All existing common Genesis and Auxiliary Legions are automatically assigned one of five classes (Siege, Fighter, Assassin, Ranged and Spellcaster).

The existing Uncommon, Rare and Legendary Legions will not have to select a class. All newly summoned Legions will have a predetermined class and are not required to use the Pilgrimage function. The pilgrimage process does not upgrade the rarity of your Legions.

Current Projects on the TreasureDAO ecosystem

Launched by the Smolverse team, Smol Brains starts off with 2 monkeys and a piece of land. Owners of Smol Brains are able to stake their monkeys to earn IQ. The more IQ that is staked, the faster the monkeys breed and the bigger brained their children are.

The bigger brain the monkey society, the more opportunities available to individual monkeys, such as building on their land or even going to space! The long term vision of Smolverse is to create a metaverse where smolfrens can walk around, drive, shop, hang out.

Smol Bodies is also an experiment in decentralization created by the Smolverse team. Community members have been selected to lead the project alongside Treasure’s development team, and community ideas, feedback and suggestions will drive development.

Life is the creation of NFT builder Jumpman. It is the first project built on top of Treasure not created by the team. The owner of a life NFT begins with a newborn wrapped in swaddling cloth. At predetermined intervals, the baby grows first into a child, then a teenager, an adult, and an elderly person.

Through evolution, the individual will display new traits and undergo age-related changes. They will go to school, fall in love, take an occupation, experience many triumphs and disappointments unique to their life, and finally, pass away.

Users who staked 10,000 MAGIC in the MAGIC migration contract on the Treasure website were distributed Life NFTs in the migration to Arbitrum.

The Treasure Marketplace features Treasure NFTs, Legions, Life, and Smol Brains for the time being. Smol Bodies and other partnership projects will be launched shortly after. The MAGIC token is used to buy NFTs on the Treasure marketplace. For Treasures and Legions, the royalty fees are 5% if an item is sold. A minimum of 2.5% is redistributed to the Treasure DAO, and the remainder goes to the creator.

Users who have staked $MAGIC in the Atlas Mine and harvesters will be eligible to earn a portion of the platform ETH royalties on the Trove marketplace. The team is currently working hard on Trove and it is expected to launch in Q2 2022.

MAGIC is the natural resource of the Treasure metaverse. It “powers on” NFTs and turns them from fantasy into productive, yield-bearing assets.

MAGIC is designed to be increasingly scarce (emissions decline as the complexity of the economy increases) as it weaves an ever-growing web of narrative bridges within the Metaverse.

MAGIC emission mimics Bitcoin’s halvening, but this event occurs every year as opposed to every four years. The total supply will be 350,000,000 tokens.

The team deliberately opted for high inflation at the beginning to create long-term sustainability. Successful DeFi protocols have almost universally implemented high emissions to help bootstrap a community and liquidity.

Moreover, the design of the MAGIC mine created uniquely high rewards for users who were willing to lock up their MAGIC for longer periods. These users played a key role in bootstrapping liquidity for the protocol and demonstrated great confidence in its future. This group proved themselves to be the best stewards of the protocol and therefore the best possible trustees of the DAO.

The current price of MAGIC is $4.20 at the point of writing. MAGIC can be bought on SushiSwap on the Arbitrum chain. MAGIC was also recently listed on OKX on their spot trading market. There are currently 2 ways for you to stake MAGIC:

There are currently many partnership integrations and community projects that the team are trying to integrate into the Treasure ecosystem, such as the Smolverse, Ether Orcs, and Toadstoolz which should be launching in the next few months.

Treasure is also currently working on the Trove Marketplace to bring a decentralized NFT marketplace to Arbitrum and it is expected to launch in Q2 of 2022.

The vision of Treasure is really interesting as they are looking to build an ecosystem for the metaverse and it looks very promising so far with what the team has built. 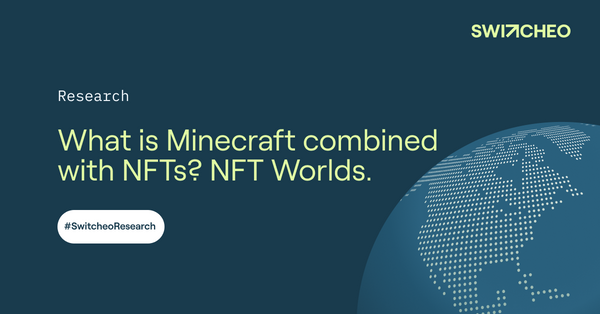