What are liquid staking providers?

Liquid staking providers (LSP) help to provide liquid staking infrastructure and services. Users would deposit a PoS asset and the LSP will deposit that to validators and mints a liquid-staked derivative (LSD) to users.

The value of the LSD is derived from the value of the underlying staked token, and depending on the LSP, it can either accrue in value overtime from auto-compounded staking rewards or be rebased (increase in quantity) over time.

In this article, we will explore Stride as their assets are currently live on Demex and Nitron.  If you are interested in a delta neutral strategy that can yield 20% APY and involving Demex perps and Stride's stAssets, click here.

Stride is the first Cosmos-based liquid staking zone and went live with stATOM as their first product, and stOSMO, stSTARS and stJUNO soon after. The respective APYs are shown in the image below and there are some synergies between Demex and Stride that we will explore below.

They are likely going to launch other Cosmos L1 PoS tokens, including Carbon's $SWTH and many more.

Stride raised $6.7 million in a seed funding round and have an impressive team. Their Co-founder, Vishal Talasani, founded a hedge fund acquired by Dark Forest Technologies and was also a quant researcher at Bridgewater Associates, the largest hedge fund in the world. His co-founders are Edmunds, expert in machine learning and macroeconomics, and Salzmann, expert in product and engineering.

How does Stride Work?

Let’s understand liquid staking through the example of ATOM.

Click here to try out liquid staking on Stride.

Stride also auto-compounds staking rewards for higher returns and accrues it to the LSD, increasing the value of the LSD against the underlying asset overtime without the users needing to manually compound their staking rewards.

For example, if the reward APY for stATOM is 16.8%, after one year, assuming a constant rate, one stATOM would be worth 1.168 ATOM, and can be redeemed for that amount as well, or swapped into ATOM at the stATOM/ATOM market rate.

Stride takes a 10% fee of the staking rewards from the staked assets. The amount of fee taken by Stride is adjustable by Stride's on-chain governance, using the native STRD token.

Stride has also done an airdrop of the Stride token, and was claimable on 22nd November 2022.

How well is Stride doing?

Let's explore a few variables from active users to liquidity.

Here's an image taken from Map Of Zones. Looking at the IBC volume, there is an IBC volume of  around $31 million, indicating about $1 million volume a day which is pretty decent, and monthly active users (MAU) of about 16,000, which is about 11% of Osmosis's MAU of 140,000 users.

Their social media growth has been strong and steady as well, surpassing over 20k followers in just a few months.

One of the most important factor in determining the success of an LSD it the liquidity and two of the most popular LSDs from Stride are stATOM and stOSMO, both appearing in the top 10 pools on Osmosis with a combined liquidity of about $10 million, with half of it being stASSETs.

Looking at the amount of TVL under Stride, we see a steady increase in the amount of tokens being deposited although the total USD value of the tokens locked has been on a decline (likely due to asset prices dropping), with most of their TVL coming from ATOM.

Looking at the price performance of STRD, it hasn't been performing too well. This could be due to the incentive programs they have at the moment, causing selling pressure. However, it also presents an investment possibility as their MCAP of $1.7 million is quite low (albeit the FDV is at $18.5 million).

We can perform some quick valuation calculations.

The total revenue earned from just ATOM and OSMO staking rewards are $129,172 or about $0.13 million.

Generally, this is a healthy ratio for a fast growing startup. However, if we use their FDV of $18.5 million, it would be 142, which is high, but in my opinion it would not be fair to use FDV as Stride is still a young and fast growing protocol.

But we're not stopping here, a valuation has to factor in growth potential as well.

If Stride can capture just 10% of all ATOM bonded, their revenue would jump by about 40x, but is 10% market capture realistic?

Let's take a look at the biggest LSP, Lido, and draw some comparisons.

Looking at Lido, there is a circulating supply of 120.5 million ETH, and they captured about 4.6 million ETH, which is about 3.8% and they are already the most popular liquid staking provider in DeFi.

Hence a more realistic assumption would be for Stride to follow a similar market capture ratio of about 3.8%, which will still grow their revenue by over 10x, and make for a much healthier PS ratio.

If Stride continues to grow and eventually capture 3% of all ATOM staked or more, they are possibly undervalued.

Another metric we can look at is the ratio of FDV to Value of Assets Staked (FDV/FAS). This is similar to an FDV/TVL metric which is somewhat a vanity metric but it gives us an idea of how much people trust the protocol but also how potentially under or overvalued the protocol is. Lower numbers are better.

Thus based on FDV/VAS metric, Stride is potentially more overvalued compared to Lido, but this metric only takes a snapshot in time, and does not account for the growth rate of either protocols.

Lastly, it is important to note that not all revenue goes to Stride stakers, they would need to decide to use the revenue to buy back and burn ST tokens in order to receive the value of the revenue generated.

Interested in a delta neutral strategy that can yield 20% APY involving Demex perps and Stride's stAssets?

The essence is to obtain stOSMO so you earn 20% APY, and then short OSMO to hedge OSMO's price exposure, making it a pseudo delta neutral strategy.

Read our step by step and detailed article here.

How safe is Stride?

As we know, nothing in DeFi is 100% safe due to smart contract risks. One of the main ways to increase safety is to reduce complexity. This is why Stride focused on keeping its platform minimalistic to reduce attack vectors and does not even allow contracts to be deployed onto the chain or have other dApps on it.

Stride also has an auto rate-limiting feature that halts activity in the event of suspicious activities, such as stASSETs going too far from its redemption price. For example, if there was a way to do an infinitely mint stATOM and sell it on the open market affecting the price, all activity will halt first while investigations take place.

Additionally, Stride also has three separate audits by Oak Security, Certik, and Informal Systems but audits do not mean that it is entirely safe, so manage your risks accordingly!

To prevent the risk of centralization, having a robust validator framework is important to ensure sufficient decentralization and Nakamoto Coefficient.

Currently, Stride is taking a weighted delegation of the top 30 validators (excluding exchange validators or those with commissions higher than 15%).

This was meant to keep things simple during the initial stages of being a liquid staking zone, but this validator set will change over time and be determined by key community members.

For more information, you can view this page.

What is the $STRD governance token?

The Stride governance token $STRD governs the Stride Zone protocol, from their validator framework, to the fees that Stride charges for liquid staking.

The $STRD token has two main sources of value accrual:

The terminal tokenomics is as follows. Taking the more public elements which include community airdrop, staking rewards, community growth, community incentives, and community reserve makes up 48% of the token supply.

The tokenomics was designed with three complementary outcomes in mind:

LSDs are important for the growth of DeFi in Cosmos and Stride Zone was the first native LSP in Cosmos which has given them a head start advantage in liquidity and adoption. Their focus on simplicity and security also allows more users to feel at ease to trust to use their stTokens in DeFi activities.

Stride has partnered and integrated with Carbon network to support stATOM, stOSMO and others on Demex, allowing users to not only trade but also borrow other assets and mint Carbon's stablecoin USC against LSDs which slowly grows in value overtime.

The only drawback is the performance fee of 10% which is not the most competitive in Cosmos. Stride's current valuation also seems relatively high when compared to Lido, but with no other competitor on Osmosis, it is hard to establish a real competitor valuation against other Cosmos LSPs.

Stride is currently leading the LSD movement in terms of TVL on Osmosis, and with a clear product market fit that is well-desired by the market, it is likely that STRD has room to grow and will continue to serve the greater Cosmos DeFi community.

There are no clear winners yet as the LSD space in Cosmos is still nascent with more competitors appearing soon, but this also presents an opportunity in investing in the early stages of this LSD race.

We hope you enjoyed this reading and stay tuned while we explore other LSPs and their unique selling points.

Switcheo Labs is an experimental think tank that combines the brightest minds with a cutting-edge software development lab. We focus on nurturing ecosystems that are forming the foundation of a new, decentralized world — one that thrives even without trust. 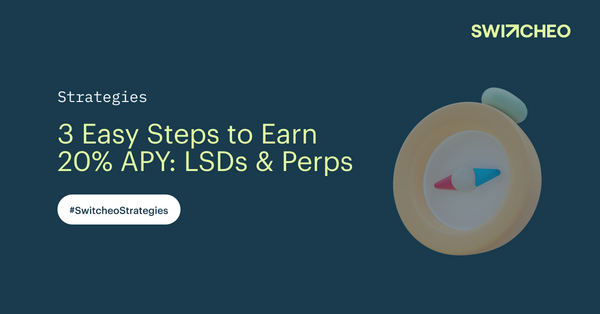 With the LSDs gaining traction and popularity, how can you take advantage of it without being exposed to the market? Here's a pseudo-delta neutral LSD staking yield guide! 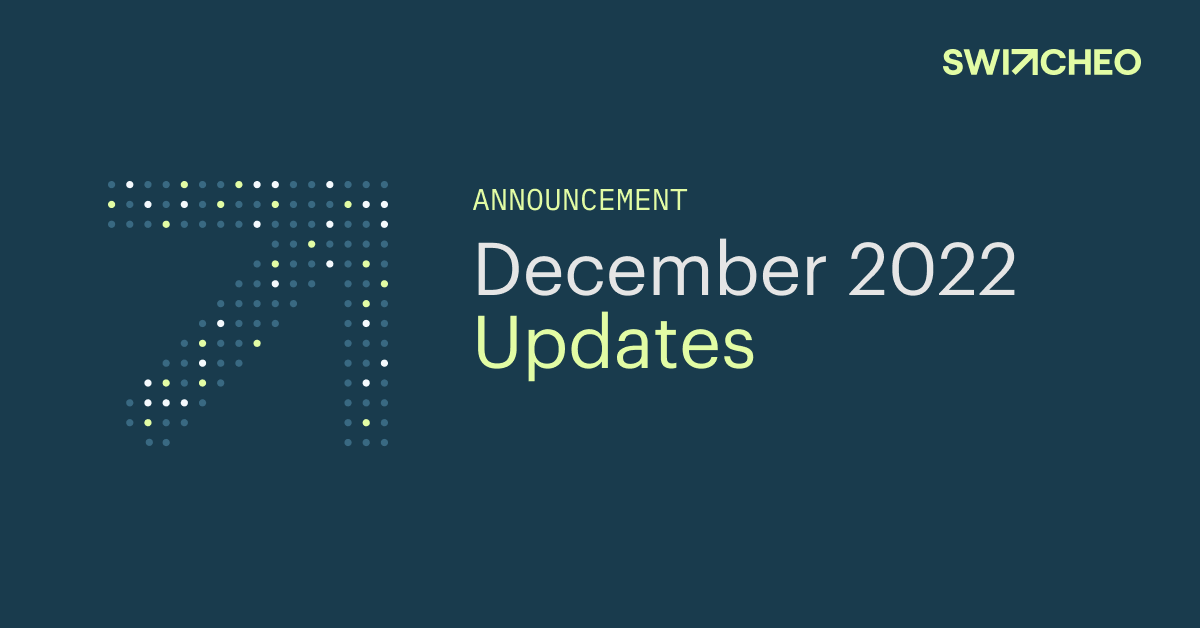 It's been a fruitful year for the Carbon and Zilliqa ecosystems. Let's have a final go at it, shall we?