The Switcheo token (SWTH) was launched alongside Switcheo Exchange, as a mechanism for paying commissions (trading fees) on trades matched by Switcheo. As stated in our whitepaper, paying trading fees using this token allows traders to enjoy a discount.

At present, the Switcheo team feels that the token’s utility has met expectations, with over 7,531,963 tokens used to pay as fees. Currently the SWTH 30-day burn rate (incl. ETH, EOS) approximately amounts to $8,014, representing a 30-day burn-trade volume of $5,342,667 at the current market rate of $0.0044 (19 June 2019). This represents a 2.20% (21.86M / 993.49M) annualized deflation in token supply. This is in line with other deflationary tokens such as LEO (1.90%). Hyper-deflationary experimental tokens such as BOMB can have an annualized deflation of about 6%. The deflationary rate of SWTH has fluctuated over time from as low as 1% to as high as 5%, depending on token market price and exchange trading volume.

Compared to the average token, the token velocity of SWTH is considered low, as per intention.

In March, the team introduced Switcheo Chest, a concept where tokens were locked up for a reward of more tokens of the same type in the future. In effect, this was an experiment in “staking” of SWTH, and the objectives were two-fold. First off, we wanted to better understand the economics of token staking specific to SWTH (e.g. expected participation ratio). Secondly, we wanted to understand how such gamification affects token velocity for SWTH. With this knowledge we could better architect any future changes in token economics.

The results so far are in line with our expectations. Before going into details of how we intend to improve the Switcheo token based on our findings however, we would like to point out some differences between the staking and deflationary (burning) economic models.

Mathematically, any benefits enjoyed by token holders when a set number of tokens is evenly distributed (staking) is identical to simply burning them.

However, we must note that these assumptions only hold true under perfectly ideal conditions. There are externalities that must be considered in the real-world.

First of all, the deflationary model requires the market to observe changes in supply vis-a-vis market capitalization. As such, changes in supply need to be actively reported and propagated to market participants constantly. This causes inefficiencies in the discovery of the token’s fair value as the market is unable to get perfect information.

We can see that even if the market is able to easily acquire such information, there will still be an intrinsic non-zero latency in the realization of value due to the delay in propagation of said information, as well as the delay in achieving the new market equilibrium, which depends on the speed at which participants can take action on the market.

These inefficiencies may be considered inferior to distributing tokens which can be automated and therefore immediately realized without any action from market participants.

Secondly, proper liquidation of tokens is difficult for users in the deflationary model. As mentioned previously, it requires users to wait for market bids to exceed fair value before a rational token holder can sell tokens and extract any additional value. This is difficult to gauge and time consuming for users who want to continually hold only a constant token value.

Finally, the most significant and also obvious difference in the two models is that, not everyone will participate in staking — whereas in the deflationary model, all tokens enjoy the same benefits.

For example, from the Switcheo Chest experiment, a yield of 2.08% attracts only 9.7% of the supply to lock their tokens.

Additionally, it is notable that bonding and un-bonding periods in most staking models give rise to “dead” tokens — transitionary tokens in flux that are neither in the market (“circulating supply”), nor earning rewards for validating transactions, thereby further concentrating token value.

On the other hand, it is also of note that the deflationary model has a side-effect where speculators can actually capture the most value by being the first to sell on market information updates like “burn reports”. This speculative effect can also create higher price volatility.

Overall, staking more directly benefits users interested in the ecosystem instead of passive token holders or speculators. The staking model thus makes a lot of sense for a system where there are active participants such as validators securing a network, as increases in value will be captured only by those who do this work.

More importantly, it does not put deflationary pressure on the individual token price, which benefits actual users of the network (traders), and is important for a utility token.

We have long postulated that the Switcheo token would eventually have to move to a staking based model. However, this would not be primarily due to the aforementioned token economics. There is a core utilitarian reason — which is that the upcoming Switcheo order-matching side-chain (or Switcheo Chain) necessarily requires a mechanism where tokens are put up as a bond in order for the system to function fairly. Here is a refresher on what we are working on.

As part of our endeavour for fuller decentralization and transparency, we are moving our matching engine from our centralized off-chain servers to decentralized side-chain nodes. These nodes would perform similar existing functions such as receiving orders and executing trades.

By transitioning to a decentralized system of nodes, each node can validate and attest that the execution price of all transactions (orders) are fair. Tokens are liable to be slashed (burnt) in certain conditions, such as:

The full finalized specifications will be provided when the chain source code is released. As an additional benefit, this decentralized order-matching will allow us to introduce more complex order types such as stop-limit, trailing-stops, etc., without compromising our non-custodial features.

It is important to mention here that the final validity of each trade transaction and execution is still a main-chain concern. All state transitions will be proven on-chain. Tokens that are actively being traded are securely locked in main-chain smart contracts. This is paramount as the main-chain state transitions ultimately determines the safety and custody of tokens being traded. That is also to say, the safety of tokens is neither capped by the market capitalization of Switcheo tokens, nor the correctness of the side-chain.

The technology used to prove these trade transactions succinctly will be explored more in future articles. Currently, we would like to go into a general overview of the side-chain, and also emphasize that the experience of using Switcheo Exchange will not change for a normal user, and will not require additional tools or wallets.

Switcheo tokens will also be used as a payment for “automated listing”. Token owners will be able to set up markets in a permission-less way though the use of Switcheo tokens in future. By burning Switcheo tokens as a listing fee, and also seeding the chain’s automated market maker with a liquidity pool (equal value of base and quote currency), any token can be listed automatically. The minimum requirements for the liquidity pool and the listing fee will be shared at a later date. Note that this does not preclude our existing curated listing policies, and selected tokens will continue to be listed for free.

At the moment, this is one of the ways Switcheo tokens will continue to deflate. We chose a burning model for automated listing to prevent collusion. For example, some portion of (or all) validators could simply promise to refund the token owner their percentage of listing fees, creating undesirable markets for free.

We are currently working on an update to our whitepaper (V2) which outlines the plan regarding Switcheo Chain and the Switcheo Token more completely. Stay tuned for more information!

This article does not constitute an offer to sell, a solicitation of an offer to buy, or a recommendation of any cryptocurrency, digital token, investment, security or any other product or service. 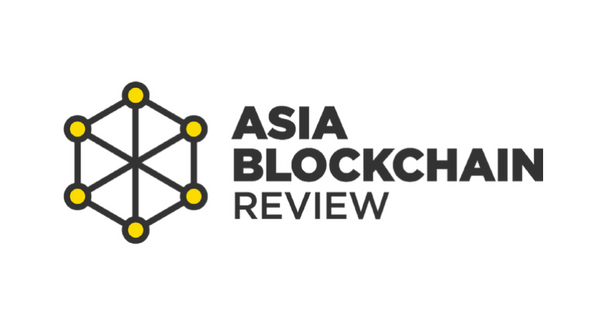 Asia Blockchain Review recently spoke to Ivan Poon about the company’s milestones, its introduction of Switcheo Accounts and Switcheo Chest, the key partnerships, and its plan to educate the wider community on the different types of crypto exchanges on the market. 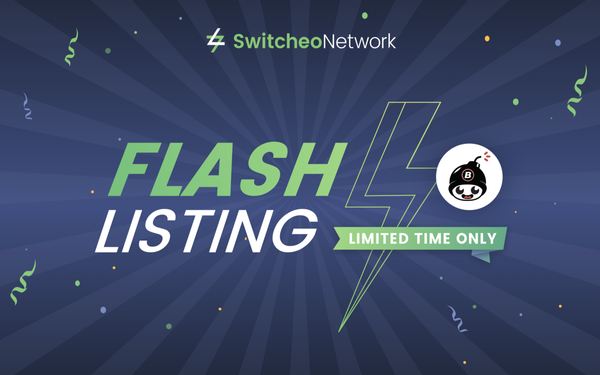 Bomb Token (BOMB) is now available on Switcheo Exchange! BOMB tokens are experimental hyper-deflationary tokens that get burnt on each and every transfer, causing their supply to reduce rapidly.