Synthetix currently supports a wide variety of Synths including fiat currencies, cryptocurrencies, commodities, and inverse indexes. Synthetix can support any asset with a clear price, and provides on-chain exposure to an unlimited range of real-world assets.

SNX acts as collateral; staking a proportional value of SNX is required to mint Synths. Stakers are rewarded for supporting the system with a pro-rata share of the fees generated by activity in the system. The value of SNX is thus directly connected with the usage of the network.

Their pooled collateral model allows users to perform conversions between Synths directly with the smart contracts. This mechanism solves the liquidity and slippage issues experienced by decentralized exchanges. The resulting network of tokens supports an extensive set of use cases including trading, loans, payments, remittance, eCommerce and many more.

SNX holders are incentivized to stake their tokens as they are paid a pro-rata portion of the fees generated through activity on Synthetix from platform integrators such as Kwenta, Lyra, 1inch, Curve, Yearn, etc.

All Synths are backed by SNX tokens. Synths are minted when SNX holders stake their SNX as collateral using the Synthetix Staking application. Synths are currently backed by a 400% collateralization ratio, which can be raised or lowered in the future through community governance mechanisms.

SNX stakers incur debt when they mint Synths, and must pay back this debt by burning Synths to unlock their SNX tokens.

Synthetic assets provide exposure to an asset without holding the underlying resource. This has a range of advantages, including reducing the friction when switching between different assets, expanding the accessibility of certain assets, and censorship resistance.

Trading on Synthetix provides many advantages over CEXs and DEXs. The lack of an order book means all trades are executed against the contract, known as peer-to-contract (P2C) trading.

Assets are assigned an exchange rate through price feeds supplied by an oracle, and can be converted using Kwenta. This provides infinite liquidity up to the total amount of collateral in the system, zero slippage, and permissionless on-chain trading.

The value of all synthetic assets is determined by oracles that push price feeds on-chain. The price feeds are currently supplied by Chainlink’s independent node operators.

Previously before Atomic Swaps, whenever a trade occurred on the Synthetix mainnet, there was a 10 minute waiting period. During this waiting period, users cannot interact with the Synth they have just traded into. This waiting period gives the oracles enough time to check if a trade was affected by a lag in price updates.

If a trade was affected, then the trader either owes Synths (reclamation) or is owed Synths (rebate), and must either pay or be paid these Synths. This process is known as fee reclamation.

Since block speeds are much faster and oracle latency is much less of a problem on Optimism, waiting 10 minutes to find out what price your trade settled at isn’t ideal for traders. This led to the introduction of Atomic Swaps.

Atomic Swaps have been in effect since early November 2021 on Optimism. This change has provided a new exchange function allowing users to exchange assets without fee reclamation by pricing synths via a combination of oracles from Chainlink and Uniswap V3.

Stakers are protected from frontrunning and allow traders to access low slippage and low fees on Synthetix with Atomic Swaps. This functionality will be available on Ethereum, with Synth trades on Optimism being atomic by default.

Most of Synthetix’s volume on Curve, 1inch, and other aggregators are generated from Atomic Swaps. This tool allows significant volume to be traded without front-runnable risk due to its unique pricing model.

SNX holders are incentivized to stake their SNX tokens for various rewards.

Rewards are generated whenever Synths are traded on platforms like Kwenta. Each trade generates a fee between 10-60 bps (displayed during the trade) and is sent to a fee pool, available for SNX stakers to claim their proportion each week.

Staking rewards come from their inflationary monetary policy. Synthetix has a target staking ratio of 85%. Inflation is adjusted weekly based on the staking ratio to incentivize stakers to hit this target. Inflation is decreased if the ratio maintains between 80-90%. SNX are distributed to stakers weekly on a pro-rata basis provided their CR does not fall below the target.

Synthetix has recently launched Perpetual Futures, which provide an additional revenue stream due to exchange and funding rate fees and reduce the need to hedge the additional debt due to inherent self-hedging and controlled exposure through market size limits. A portion of this goes back to SNX stakers.

When a staker wants to exit the system or unlock staked SNX, they must pay back their debt. So if a staker mints 10 sUSD by locking SNX as collateral, they must burn 10 sUSD to unlock it. But if the debt pool fluctuates while they are staked, they may need to burn more or less debt than they minted.

SNX stakers are incentivized to maintain their Collateralization Ratio (CR) at the optimal rate of 400%. This ensures that Synths are backed by sufficient collateral to absorb large price shocks.

Synthetix uses an internal liquidation to flag accounts with a CR of less than 200% for liquidation. After an account has been flagged, the staker is given a window of 72 hours to fix their CR and stop the liquidation countdown. This can be done once they have reached the target CR of 400% (not just above 200%).

Should the staker not meet the requirements, the first participant on-chain that provides the sUSD proportional to SNX gets to liquidate their stake once the timer has gone to zero.

Synthetix has seen a downtrend of -83% from their peak of $2.9 billion, to their current TVL of $486.97 million. They have since dropped from first to third in TVL, falling behind dYdX and Keep3r Network.

However, protocol revenue and trading volumes have recently soared after the passing of SIP 120, which has tremendously increased the speed of Synths transactions through the use of Atomic Swaps.

Synthetix has grown to become the fourth highest earning protocol only behind Uniswap, Ethereum and Aave. Their daily fees have soared by 19x to $718,500 in the last month, bringing the protocol up to third in terms of fees generated, distributing over $1 million to SNX stakers.

Their volume has also spiked by over 4x from the highs of May to a new local high of $396 million on 19 June. According to Synthetix, the majority of their trading volume came from 1inch, which processed about $769 million of volume in the past week.

There are several risks in the current architecture. One risk involves the debt SNX holders issue when they stake their SNX and mint Synths. As previously mentioned, this debt can fluctuate due to varying exchange rates within the system.

This will affect users exiting the system as they may need to burn more Synths than they originally minted in order to unlock their staked SNX. As most alt assets are highly correlated to Bitcoin and Ethereum, this might cause the price of SNX to fluctuate for reasons that have little to do with the Synthetix protocol.

Next, there are a number of aspects of the system that are currently centralized. This decision was made by the team to ensure the efficient implementation of the project, such as the use of proxy contracts across the structure and easier access for any future upgrades. While these aspects will be phased out over time, it is important to understand the risks inherent in the current structure.

As one of the most unique protocols built on Ethereum, having the ability to create new Synths will vastly increase the potential for censorship-resistant synthetic assets. Synths are an interesting way for users to profit from real world assets such as USD, EUR, INR to digital assets like BTC, ETH, AVAX without owning any of the underlying assets.

In the future, we could see many different kinds of Synths added to the ecosystem including commodities and equities, which will bring greater utility to the Synthetix protocol. Given the current development of Synthetix, I’m excited to see what they have installed for us in the future as they continue to expand and increase their utility which will hopefully attract users back into the ecosystem. 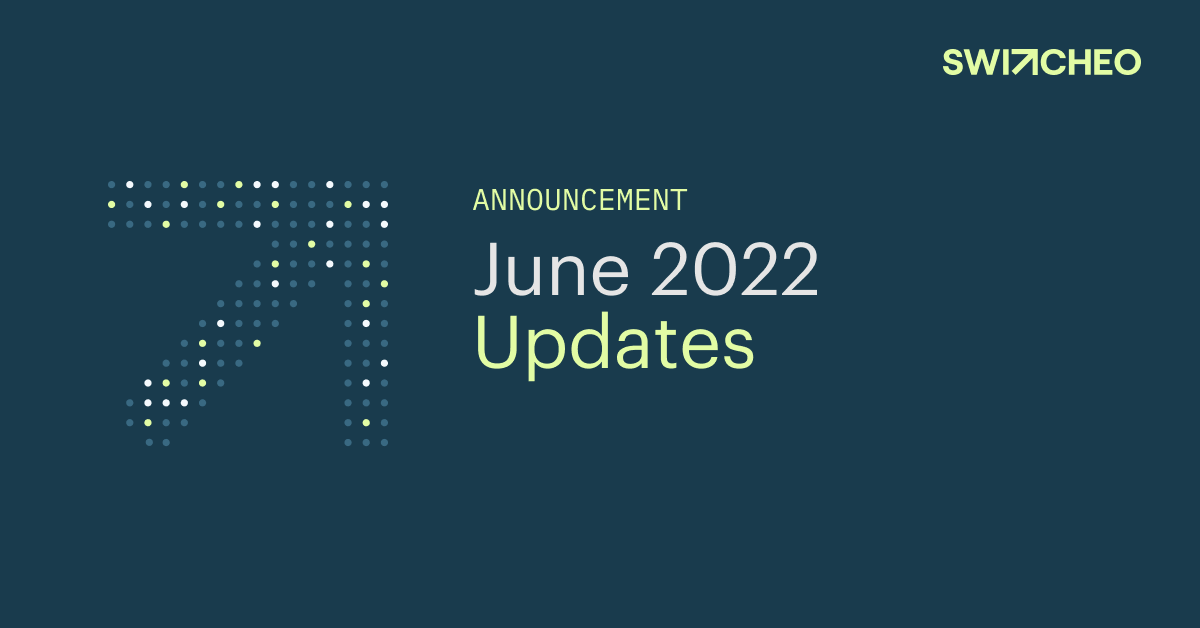 It’s been a fairly intense but exciting time for June — Here are some highlights as we share what transpired for the month. 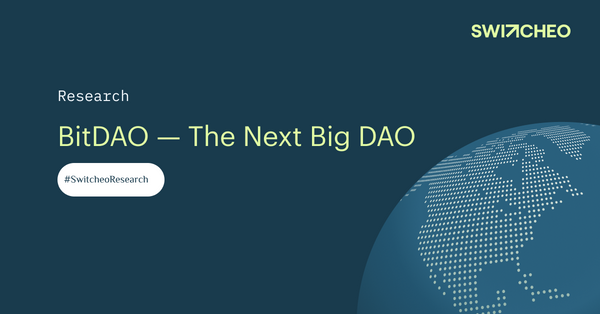 BitDAO is one of the largest decentralized autonomous organizations (DAO) globally, with a massive treasury of more than $1.1 billion in liquid assets. Read on as we do a deep-dive into BitDAO and its potential.