On 5th April, we held an AMA session with Daniel from dbcrypto in their public Telegram channel.

This AMA has been edited for clarity.

Welcome everyone to our Live AMA with Switcheo Network.

Switcheo Network is one of the most well-known, non-custodial, crypto-asset exchanges, facilitating P2P transfers of digital assets.

For the next hour, the team will be here to answer your questions about the Switcheo ecosystem.

Feel free to ask any questions you have, however, we ask that you keep a focus on the technology and not speculation.

Switcheo team, I will hand it over to you now — thanks for being here.

Jack, you’re a founder of Switcheo. Tell us a little about your background and why you decided to go down this path of a non-custodial decentralized exchange?

My background is in UI/UX development and digital marketing — which is also how I met my co-founders while working on another project.

We initially decided to go down this path because, like many of you, we invested heavily into ICOs, and found that we needed a place to sell our tokens before they were listed on other exchanges, which takes a long time.

Sam and Luke, what motivated you to choose Switcheo to work with? You must be passionate about the project and vision.

I have been involved with Switcheo right after Ivan/Jack and their team won the NEO dApp challenge. From the communication with the team, I knew we were onto something, and the team is brilliant. Unlike most other crypto projects, Switcheo had a vision and plan to change things in this space. Their honest approach kept me hooked. As everything progressed, I was asked by Ivan to join them and help with community management. Luke’s story is pretty similar. And we have been with them ever since.

The team, the project and their vision. I could see they were going to do something special even before we started. I’ve turned down working with other teams in the past because I didn’t believe in the project or team. It’s hard to be passionate about a project if you don’t truly believe in it or the people behind it, and these guys have never disappointed. They are the hardest working, and the best group of people I’ve ever worked with

Q: Are there plans to integrate Bitcoin and USDT as they are the biggest markets right now?

Currently the issue with adding BTC is that BTC block time is still quite significant to do trustless atomic swaps. There is a possibility that we may add BTC if we can make it user-friendly for users to trade BTC pairs.

As for USDT, it exists primarily on OMNI, with smaller amounts on TRX10 and ERC20; the amount of USDT on OMNI would mean adding a whole new blockchain altogether.

DEX solutions are becoming quite a hot topic as we know, many are live, and others are being built. What separates you? Why should we choose Switcheo as the preferred go-to DEX?

We believe that our key difference between us and other DEXs is that we solve the interoperability issues between different blockchains; while most DEXs exists on a single blockchain, our goal has always been to bridge the multiple blockchains together.

Q: Switcheo is now running on the NEO blockchain. One of the future plans of Switcheo is creating their own chain. But is there any specific date for this to happen?

We’re currently on Ethereum and NEO, and soon, on EOS. We’re also looking into creating our own chain, which would allow for shorter block times and interoperability between many different blockchains in Q3/Q4 this year. No specific dates yet.

Interoperability and blockchain-agnostic solutions are really important in my opinion.

Q: Right now, everyone is raging about IEOs. You guys have the capability to do that, from your own ICO sale, right?

What do think of the IEO trend? Do you want to get involved in that space?

Perhaps. We did our initial ICO (IEO) on our own platform; we’re looking into how we can do it in a transparent and fair way.

Yes, correct — we do have the capability to do that.

Q: Just confirming, do you mean you’re considering doing an IEO for a project?

Perhaps in the near future.

I recall Da saying that NEO would be divisible, what ever happened to that? 🤷‍♂️

Currently there are solutions for divisible NEO that are usable built by other projects such as SNEO and CNEO; it seems like users are not too interested in trading their NEO <> SNEO/CNEO, and the amount in circulation is still extremely low.

We will be adding three chains this year. The only one that is certain at this time is EOS.

Q: Are there any tentative plans for the other 2 blockchains, a quarter in which they will come out?

One at a time, the team is mostly focused on EOS as the next blockchain to be rolled out.

Q: Is there any estimated date we could expect additional blockchains to be integrated?

Sorry, there isn’t a specific date yet, but the team has discussed internally on the possibility of EOS by next month. We will have to wait for an official announcement for dates.

Q: Are there other features/reasons to launch your own chain besides facilitating cross-chain trading? Like new features available and such.

Because our new chain is tailored to our requirements for our DEX, we would be able to control the consensus used to validate transactions such as block time and TPS (transactions per second).

Q: Can you tell us which cross-chain pairs will be available, a small sample?

We’ll launch with NEO/ETH first, and add other pairs later based on their liquidity and performance on our exchange.

Yes, we’re looking for a way to do so; we’re currently not able to do it as it would require users to sign the transaction with their private key (leaving their computers on + account logged in)

Q: Are you planning to make the Switcheo token have more use cases than what it has now (Coin burning + discount on fees is already here). Maybe something more to improve the utility of it?

We’re working on a new token model when we launch Switcheo Chain, in the coming months, and will release the details in the coming weeks. We’re also looking into other possible products, all of these will increase SWTH utility.

Q: With Binance DEX and NEX launching, you’re getting more competition in the multi-chain DEX arena, how do you plan on differentiating Switcheo, having the first mover’s advantage?

Great question; our chain would be similar to the Binance Chain/DEX (Cosmos DEX), and we’re looking into working on trustless gateways(currently Binance DEX’s gateway is trusted and through their main exchange I assume)

As for NEX, let’s wait for them to launch a product before we comment

Q: Do you have any plans on creating a Referral program?

This is currently in the works, and was one of the reasons we launched Switcheo Accounts was to track referrals.

Q: With the trading platform and UI looking great, what are the upcoming milestones or focuses for Switcheo for the rest of 2019?

We’re looking to add new blockchains and to build our own chain.

Q: We are looking forward to this. But, any idea if this will happen in 2019?

We’re aiming to launch by Q3/4 this year.

Yes, correct — Switcheo Chain would be its own chain.

Q: Will it have smart contracts or be more focused on transaction speed with low confirmations? Will it be a platform at some stage?

Transaction speed with low confirmations — the idea of Switcheo Chain is not for people to build on; it’s designed to be used specifically for our DEX, and not a smart contract platform.

Yes, we’re working on a new roadmap as there have been changes to our original roadmap.

Q: So Switcheo will have EOS integrated hopefully very soon. Which other 2 blockchains are on the list after EOS integration?

We will release more information on the other two chains in the coming months.

Q: What do you see as current blockers and opportunities for Switcheo as an exchange at the moment?

Currently, our issue is with liquidity (like many other DEXs, or even less popular CEXs), and has been identified as a chicken and egg problem, where traders want liquidity on the order books to trade, and to have a thicker order book requires more traders.

We have contracted liquidity providers along and we have an internal trading team to increase our order book liquidity on most pairs on our exchange to encourage trades on our exchange. This is because organic volume only happens when the spread on exchanges is small as to reduce slippage when they make a trade, and by decreasing the spread we hope to increase organic volume.

Q: Are these measures [providing liquidity] already in effect?

We adopt a market neutral strategy (where we don’t move the markets) and only create maker orders to reduce the spread.

Q: Currently DEXs aren’t used a lot, there is a bad history from EtherDelta and perceived harder user experience, so most users still prefer CEXs, how do you think the DEX space can tackle that so they grab a bigger chunk of the market from CEXs?

Our focus since the start has always been on having a great UI/UX. We also used EtherDelta to trade our tokens back in 2017 and lost quite a bit of money from its bad UX.

One of the issues we also identified is that many new (crypto) users are still unfamiliar with the whole concept of private/public keys; which was why we launched Switcheo Account — such that our users can log in in a way they are familiar with (email/password) and yet still have control of their keys and funds.

Q: Curious if you have thought at all about a name change? It seems like it might have derived from ‘switch NEO’, as in switch neo & nep-5 tokens, but you are moving beyond just that… will you stick with Switcheo?

Q: When can we expect to learn more about the staking model?

We’ll release more details on our new token model in the coming weeks, we’re currently still discussing internally on how the new token would work.

Q: Are there any plans to continue listing new tokens? BOLT and NEX have added a lot of volume.

This concludes today’s AMA with the team from Switcheo Network.

Thank you Jack, Sam and Luke for your time and for being open to this kind of dialogue with the community. 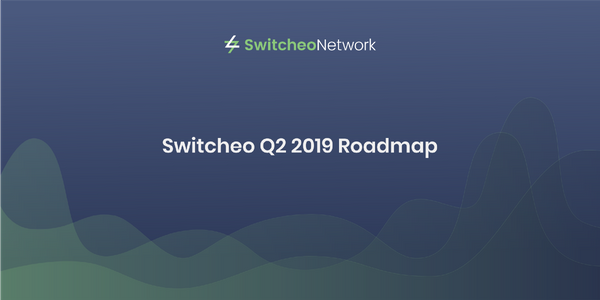 Hi everyone, Today, I would like to share what Switcheo has planned for this quarter. Before we begin, let’s look back on the past quarter 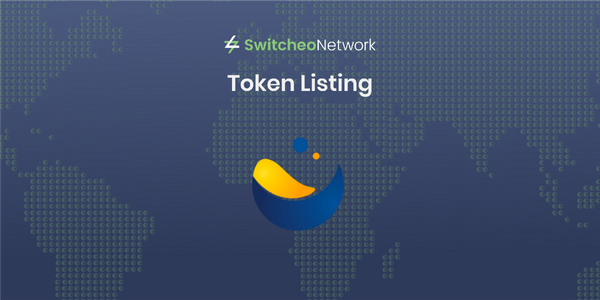 As the Moonlight team has delayed their token contract upgrade until more testing can be done, we are delighted to announce that Moonlight (LX) will be re-listed on Switcheo Exchange for the time being. The listing will allow Switcheo users to trade LX against NEO.