Minecraft is a popular Sandbox game owned by microsoft. Players explore the minecraft world, breaking apart and constructing various blocks. As of 2021, it has more than 140 million active users and is growing rapidly. This huge player base is an immense asset to the project. Players only need to make a brief transition before they can start playing in NFT worlds.

At the same time, piggybacking on an existing game allows the metaverse to be playable quickly without needing to spend millions of dollars in development. Allowing them to create network effects quickly.  However, there are some risks and trade-offs.

Minecraft as a platform is owned by Microsoft. NFT worlds have to comply with any rules or regulations implemented. On the 11th of February 2022, Microsoft partnered with Enjin to bring cross-platform custom NFTs to Minecraft. This essentially made them competitors to each other. Regulatory risk by Microsoft is a key concern.

NFT worlds tokenize unique worlds within Minecraft. This business model has low barriers of entry. Thus, new competitors can easily create similar projects. One of these projects is Blockverse which reportedly became a rug pull. If NFT worlds becomes successful in the future, it is likely that many copies will emerge.

NFT Worlds is a collection of 10,000 unique worlds that make up a fully decentralized, massively multiplayer metaverse game where players own and can create limitless experiences & possibilities within each world.

Each NFT World is a completely unique 3D voxel world and is procedurally generated. Worlds are composed of 2 elements. Their visual look & in-game experiences that are attached to the blockchain, and their on-chain data & resource information that will be tied to additional NFT World dApps, token distribution and more in the future.

By owning an NFT World, you own the rights to that world within the NFT Worlds ecosystem, the ability to build & all things built in that world, it’s in-game experiences, and much more. Think of it as a scarce piece of digital metaverse land that can be transformed into anything you can imagine for others to play, experience and more. All in a massively multiplayer setting

Players can earn $wrld tokens simply by playing Minecraft. They would have to enter their crypto wallet address in game via a command. They will then be rewarded tokens. At the time of writing, players can earn up to US$6 per hour. Players can also purchase in-game assets using $wrld tokens.

Players without any crypto exposure might not have the MATIC token to pay gas fees. The project has built a payment portal at https://nftworlds.com/pay allowing users to send $wrld tokens to other addresses by paying gas fees in $wrld.

The $WRLD token currently exists in erc-20 standard and is available for trading on Uniswap, MEXC and BKEX. The circulating supply currently is unclear. Its token utility is to be used as a medium of exchange for in-game items as well as used as P2E rewards.

According to Dapp radar, the project has not been performing well in the past 30 days. The number of users, volume as well as transactions are all in a declining trend.

However, its NFT trade volume has reached the 4th overall, right behind Bored Ape Yacht Club.

Its website received little traffic of less than 50,000 visits.

The project was founded by a duo in their late 20s. In a recent Q&A they revealed to have experience scaling teams as well as entrepreneurship experience. In this Q&A, the duo appears intelligent and achieved great synergy with each other.

The price of NFT worlds has dropped significantly since the all-time high of $0.60. This can be attributed to a lack of updates and news. A price pattern that we often observe for crypto projects is that the price will go parabolic following a major milestone or news. These can be in the form of exchange listings, MVP launches or partnership announcements.

The market overreacts to the news and the price goes above equilibrium. In the weeks following the news, the price goes down as the market adjusts. Currently, we are at the consolidation stage where price is slowly plateauing at the bottom. This might be a good entry point for believers of NFT worlds. A major announcement can cause its price to go parabolic again.

The idea of using Minecraft as a metaverse platform is novel, and being able to play and earn at the same time can be quite revolutionary and attract a lot of retail. Minecraft is one of the most popular games with the daily Minecraft active player count between 2.8 million and 3.6 million in 2022. With multiple projects building on it, we expect to see lots of development in the coming months, and if they can capture the regular minecraft players attention, it has a large total address market and potential.

However, there are regulatory concerns and low barriers to entry for competitors. Existing Minecraft servers can also tokenize their in-game assets or entire worlds to compete with NFT worlds. Whether this project succeeds depends on how well it is able to attract users from the traditional gaming world, how well it can sustain its play to earn and defend against regulatory scrutiny and copycats if they get too popular. It is too soon to judge whether the project will succeed or not, but it will certainly be an interesting journey see how it plays out. 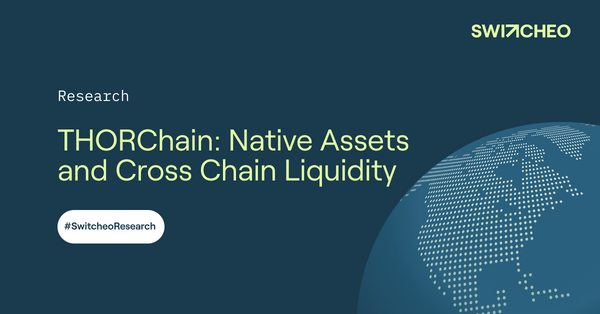 THORChain is an independent Layer 1 blockchain built using the Cosmos SDK that enables swaps between native assets across different chains. 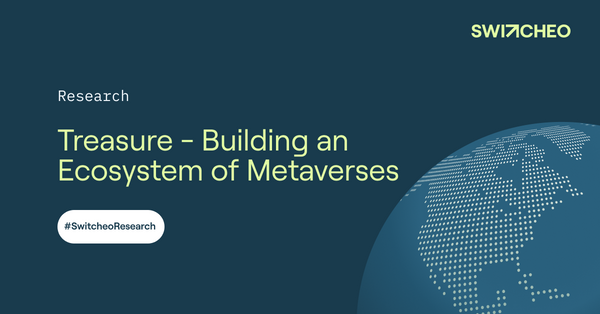 Treasure is a decentralized NFT ecosystem on Arbitrum that is built specifically for metaverse projects.