Crabada is a play-to-earn (P2E) blockchain game built on the Avalanche chain. Players collect hermit crab NFTs (called Crabadas), which can be used to earn rewards through various gameplay mechanics. In November 2021, Crabada launched its idle game format. There are currently 4 in-game ways to earn rewards using Crabadas: mining, looting, renting out, and breeding. In Q1 2022, the team is slated to release more ways to earn such as PvP and PvE battling.

Following the success of Axie Infinity, new NFT gaming projects have been popping up all over. Such projects allow players to utilise their digital assets within playable games and digital worlds. If these games manage to build robust and sustainable in-game economies, the token rewards that can be earned from playing them could continue to present a real source of income to players around the world.

Players create teams of 3 Crabadas to engage in either Mining or Looting. Each wallet can currently only have 3 teams at one time. Crabadas which are not part of a team can be rented out via the Tavern for additional passive income.

The Crabada Idle Game loop revolves around teams that are Mining, teams that are Looting, and Crabadas that are available for Hire from the Tavern. Once a player sends their team out to mine, there is a 1.5 hour window for Looters to attack the mining team. Each player then has 2 subsequent windows to decide to Hire a Crabada from the tavern to reinforce their attack or defense.

There are 8 Classes of Genesis Crabada:

Check out the full Crabadex for more information.

Check out the lore on each of the factions of Crabada.

A Crabada’s base stats are determined by its class:

Speed and Critical are used to calculate a Crabada’s Mining Points. If a team’s total Mining Points are greater than 230, the mining time is cut from 4 hours to 3.5 hours. For teams with total Mining Points greater than 230 can only be attacked within the first 1 hour of starting the mine. Having a Prime class Crabada on your mining team gives the added benefit of an additional 10% on all mining rewards. This additional 10% is safe from looters. Having more than 1 Prime class Crabada on the same team will not increase rewards further.

(On December 1 2021 a new mechanic in the form of Miner’s Revenge was introduced to make mining more favourable. Check out this article on Miner’s Revenge for more information)

Mining requires a team of 3 different Crabadas. Each mining expedition takes 4 hours (3.5 hours if there is at least 1 Prime class Crabada on the team). If the mine is not looted, or is successfully defended against looters, a participation reward of 3.75 $CRA and 303.75 $TUS can be claimed. If the mine is unsuccessfully defended against looters, only 1.3125 $CRA and 106.3125 $TUS can be claimed. The difference is claimed by the looter.

Details and calculations on potential daily earnings from looting can be found here.

Crabadas can be rented out to either miners or looters. When you rent a Crabada to help either Attack or Defend, its Battle Points are added to your team’s total. A fee is paid in $TUS to the owner of the rented Crabada.

Another way to potentially profit from the game is by breeding Crabada pairs to produce new Crabadas. Each Crabada can be bred up to 5 times. Breeding with the same crab requires a greater amount of $TUS (Treasure Under Sea) tokens each time. Breeding also costs 105 $CRA (the native Crabada token) each time. Breeding produces an Egg which can be manually hatched after 5 days.

Players can then sell the egg on the marketplace, or hatch the egg in hopes that the hatched Crabada possesses rare traits of some form.

$TUS used for breeding is burned. This helps to reduce the overall supply of $TUS on the market, which theoretically keeps the token price up.

$CRA used for breeding is sent to the Treasury, which is governed by $CRA holders.

At current prices, the cost to breed a new Crabada using Crabadas which have not been previously bred is $503.98 USD. The cheapest egg is currently listed on the Crabada marketplace for 21,500 $TUS (or ~$1,229 USD at current $TUS prices).

Crabadas with body parts that match their own class gain additional statistical benefits.

The body parts that a Crabada possesses are determined by its parents and their alleles. For more information on how this mechanism works, check out the Crabada Whitepaper. For simplicity’s sake, it might be useful to know that if both parents possess the same body part (say Shell), the chance their child will possess that same Shell is at least 66.66%. If parents possess different body parts (say Pincer), the chance their child will possess the same part as either parent is at least 33.33%.

When breeding, Crabadas also have a 0.07% chance to hatch with a Legendary part.

@Oxtender: Co-founder and head of business operations. He has more than 4 years of experience working on blockchain products, and has worked in product management roles across digital exchange and cloud backup products. He ran a tech consulting business previously.

Jay: Co-founder and head of product design. He previously worked at Binance as a product designer and has multiple years of experience in UX/UI and product development.

@Fuji102x: Co-founder and head of blockchain engineering. He has been working in the blockchain space since 2016, carrying out duties such as smart contract implementation and Ethereum customization. He designed and implemented the very first backend system of a leading crypto wallet.

There are 2 separate tokens that exist within the Crabada ecosystem: $CRA and $TUS.

$CRA is the governance token (similar to $AXS in Axie Infinity). $CRA stakers hold governance rights over the Crabada Treasury. A fixed fee of 105 $CRA is required to breed new Crabadas.

The $CRA Token distribution was as follows:

The Community Bootstrap event was a public sale that took place between 8-11 November 2021. The initial price was $0.018 USD per token.

$TUS is the in-game currency (similar to $SLP in Axie Infinity) which is earned via mining, looting, and lending Crabadas. All Crabadas available for purchase on the marketplace can only be bought using $TUS. $TUS is required to breed new Crabadas. In order to balance out $TUS emissions given out in the form of in-game rewards, $TUS used for breeding is burned.

Check out the Crabada Whitepaper for more details regarding the initial $CRA token distribution.

The $TUS marketcap currently sits at ~1/35th of that of $SLP.

When Crabadas are sold on the marketplace, the seller incurs a 3.85% fee. This fee creates a source of revenue for the project (similar to the marketplace fee of 4.25% that Axie Infinity charges).

Crabada is currently only a fraction of the size of Axie Infinity. Given the strength of the Crabada community, as well as the momentum that Avalanche and its ecosystem has gained over the past few months, could we see Crabada achieve some portion of the success that Axie Infinity has?

Crabada certainly appears to have the foundations of a successful play-to-earn game and economy. The team also promises several exciting additions to the game coming in 2022 in accordance with their roadmap (including quests, Crabada levelling, PvP battling and matchmaking, land ownership, Co-op boss fights, and more). With so many new exciting projects and developments, the future of play-to-earn gaming powered by crypto-technology seems brighter than ever. 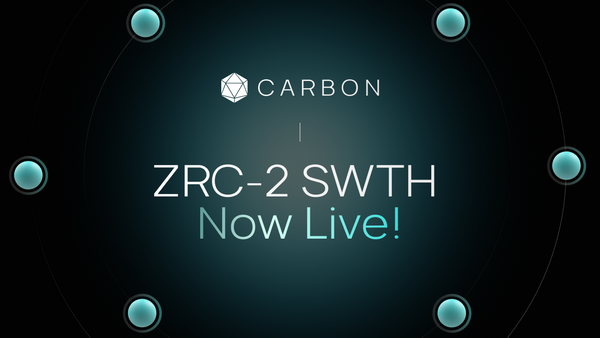 SWTH is now live on Zilliqa! 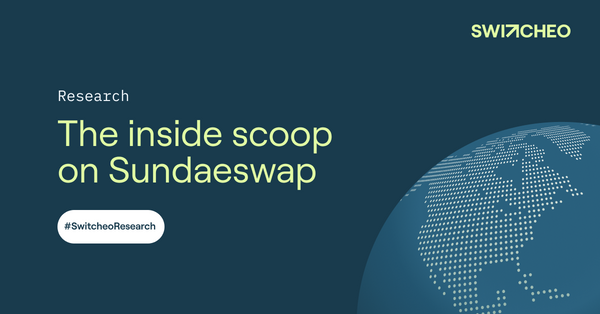 Sundaeswap is a decentralized exchange(DEX) built for the Cardano blockchain. It is poised to become the top Cardano DEX.