Traditional credit facilities such as banks are inefficient, with loan approvals taking days or even weeks, not to mention the upfront fee charged just to process a new loan application. It gets worse for an average borrower as banks often charge us high interest rates with requirements such as having a good credit score.

Mars is a decentralized credit facility built on Terra. It is built as a non-custodial, algorithmic, and community-governed protocol with a transparent governance system.

Like other credit protocols, Mars requires collateral in order for a user to access a line of credit. Therefore, borrowers on Mars are also lenders since collateral is a perquisite.

The Red Bank is a feature that enables non-custodial, permissionless lending and borrowing. Users can deposit their funds into Mars which are then added to their liquidity pools. In return, the user receives $maAssets which represent their share of the liquidity pool and allows fee sharing. In addition, users can choose to borrow from the protocol by utilizing their deposit as collateral (C2B).

Mars has pioneered a second method of borrowing through the use of smart contracts. This is known as uncollateralized borrowing (C2C) where users can create smart contracts with multiple parameters. The smart contract will then be submitted to the Martian Council ($xMARS holders) for review and decision making. This is similar to going to your bank for a loan with a business proposal.

Users can also deposit assets directly into a smart contract whitelisted by Mars to borrow from the Red Bank on your behalf. C2C borrowing can only be done for very specific use cases, and the first use case is leveraged yield farming.

Another unique feature of Mars would be its dynamic interest rate model. The utilization rate changes according to demand (total deposits and total outstanding loans), which adjusts the interest rate for lenders and borrowers. This model allows for optimal utilization and capital efficiency while reducing the risk of insolvency by incentivizing lending when reserves are low and curbing borrowing.

Users can deposit tokens ($ANC, $LUNA, $MIR) and borrow up to 100% of the value of their underlying token in $UST, with a 50% LTV ratio. The contract will then deposit both tokens on Astroport in exchange for LP tokens and subsequently staked on Astroport to earn rewards.

All LPs utilizing this strategy will earn rewards from two sources. An example would be receiving $ANC rewards and $ASTRO rewards. The rewards are then automatically harvested multiple times per day and re-deposited into your leveraged yield farming position.

Do note that the LUNA-UST strategy will not be eligible for dual rewards and will only accrue $ASTRO rewards. Each strategy has its customizable variables and each will launch with a total credit line limit of $5 million within the same strategy and a liquidation threshold of 65% or 2.85x leverage.

Users can repay a fraction of a borrower’s debt during a liquidation event and have the choice to receive either liquidity tokens or the underlying assets. Mars incentivizes this by providing liquidators with an equivalent amount of the borrower’s collateral plus a 5% bonus for processing a liquidation.

Their liquidation mechanism helps to prevent insolvency by establishing a predetermined maintenance margin for loans to be liquidated when their collateral falls below a certain value relative to their outstanding debt (loan-to-value ratio).

This encourages capital to enter in a bear market while allowing participants to earn a substantial amount of rewards when timed correctly.

$MARS is the native token of Mars Protocol and is used primarily for fee sharing and governance.

There will be a total of 1 billion $MARS distributed over the next 4 years.

30% of $MARS reserved for joint venture participants that helped with the development of Mars will be locked up for 1 year and vested over 3 years.

The emission of $MARS is quite steady with no large unlocks especially in the first year. Community rewards are distributed over the next 4 years through staking incentives, liquidity mining and other community building programs.

Users can stake their $MARS tokens to receive $xMARS tokens. $xMARS tokens then enable holders to earn a share of protocol interest rate revenue and grant voting and proposal rights.

An interesting aspect of Mars governance is the concept of incentivized voting. $xMARS holders are given the power to make all decisions including asset listing, risk parameters, treasury spending, and whitelisting new wallets.

They are directly impacted by the results of their decisions. Positive outcomes will be rewarded with $MARS tokens, while negative outcomes such as a shortfall event could result in up to 30% of staked $MARS tokens being slashed. This mechanism allows for thorough decision making and prevents malicious proposals from passing since $xMARS holders will be negatively affected for voting on such proposals.

Shortfall events can be also caused by various risks such as smart contract exploits, bad liquidations and/or oracle attacks.

Should this happen, the emergency safety fund will be triggered. This acts as the first line of defense where $aUST is converted into $UST to fully compensate all affected users.

If the exploited amount exceeds that of the safety fund, up to 50% of the $MARS staking pool will be auctioned off and used to make affected users whole.

While Mars is still in its early phase, it has managed to gain a total of $313 million in TVL. This is however less than 1% of Terra’s TVL and only 1.64% of Anchor’s current TVL. Mars has a lot of room for growth but will need to capture a larger portion of TVL on Terra in order to increase the value of $MARS and incentivize more $xMARS holders.

Mars has recently 2x from $0.70 to $1.40 since its initial sell-off during its launch. I believe that Mars has great potential for growth as the lending landscape on Terra is still relatively small compared to other chains.

With the team looking to expand their list of collaterals and leveraged yield farming strategies, this would eventually increase their TVL and bring in many users from different chains.

I look forward to the future of $MARS and its growth as more participants start to utilize the unique features of Mars. 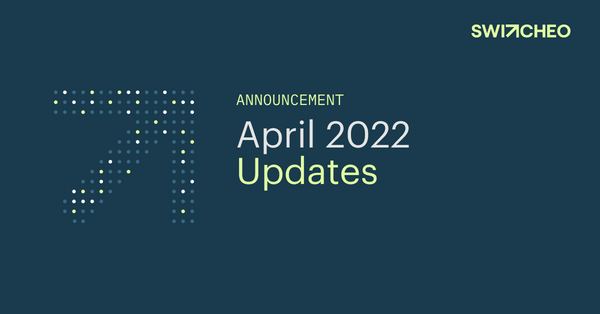 What a tremendous past month it has been. Catch some of the highlights below, as we wrap up April with a bang! 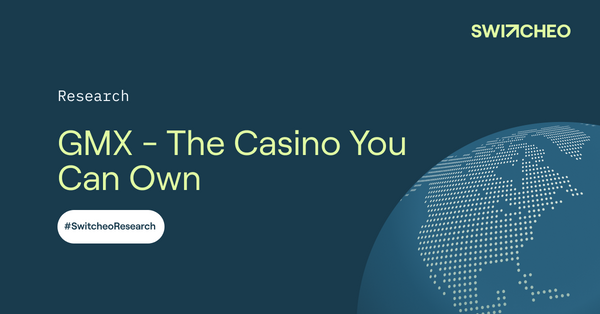 If you’ve been in a casino before, you would know that the house always wins. Ever wondered how you can be the house? Well with GMX, you can!