The future of blockchain is multichain and interoperable, which is the premise of the Cosmos Ecosystem, and they are poised to gain traction. Let’s take a look at Juno, one of the newest projects whose mainnet went live on October 1st 2021.

Juno is an open source platform for interoperable smart contracts which automatically executes, controls or documents a procedure of relevant events and actions according to the terms of such contract or agreement to be valid and usable across multiple sovereign networks.

It is a sovereign public blockchain in the Cosmos ecosystem, aiming to provide an environment for the deployment of interoperable smart contracts. The network serves as a decentralized, permissionless and censorship resistant avenue for developers to efficiently and securely launch smart contracts using proven frameworks and compile them in various languages like Rust and Go.

Cosmos is the core that powers the Inter‐Blockchain Communication (IBC) protocol, an ecosystem of interconnected zones, and the cosmos SDK helps developers to more easily create new blockchains. While Juno helps developers to more easily create smart contracts built on CosmWasm, and being a part of the ecosystem, Juno’s smart contracts are able to connect to the IBC as well.

Juno and Ethereum are very similar as they are both smart contract platforms. However, the main difference that sets Juno apart is interoperability. While Ethereum smart contracts only work on the Ethereum mainnet and is not interoperable without proper dApp expansion, Juno smart contracts can be called from any connected platform within the IBC ecosystem.

The current blocktime is around 6s and with a TPS of around 10,000 based on Emeris Beta, however note that TPS is not an accurate metric. The type of transaction matters, sending tokens can be quick, however complex smart contract calls take much more time.

There are currently 39 dApps built on Juno at the moment, some of which include an AMM DEX - Junoswap, a music related project - BitSong, as well as an upcoming play-to-earn game - Strange Clan. Let’s take a look at a couple of upcoming projects:

BitSong brings musical artists and their fans together strategically in a blockchain based system where they have access to Web3 growth tools to gain control over their revenue streams, while enjoying opportunities within a mutually beneficial earnings model.

Strange Clan is a light-hearted adventure game with quests, social activities, and competitive battles, with farming and crafting for NFT goods and tokens. The game will be developed in increments and released to the community as it progresses. It is built on Unreal Engine 4 which is the world's most open and advanced real-time 3D creation tool for photorealistic visuals and immersive experiences.

Juno is 3rd in terms of IBC transfers for the past 30 days, just behind Osmosis and Cosmos at about 202K, with total transactions up to 306K, and a monthly active user base of 16K.

JUNO is the native token of the network that carries a variety of use cases within the ecosystem such as:

Juno Network is a 100% community owned and operated smart contract platform. Majority of the initial supply did not have a token generation price as they were stakedropped to ATOM holders that contributed to the community pool and development reserve for ongoing developments of the network.

Staking is the process of locking up a digital asset non custodially to provide economic security to a public blockchain. JUNO tokens have to be transferred to a Keplr wallet, staked on Omniflix and delegated to a validator.

When staking is complete, rewards will be generated immediately on a block per block basis and stakers can claim their accumulated rewards at any time, via any supported wallet.

Due to its huge inflation in the beginning, JUNO stakers are currently receiving ~100% APR. Stakers will also have a chance to receive airdrops for new projects building on the Juno ecosystem.

Looking at the charts, we can see that the all-time low is at $7 while the all-time high is at $19. A good entry would be at the latest daily support around the $12 - $13 range.

JUNO can be bought on Osmosis and Sifchain, both of which are decentralized exchanges on the Cosmos Ecosystem.

Evmos, a competitor of Juno, is a smart contract platform that is built on the cosmos blockchain but is fully interoperable with Ethereum while still connecting to BFT chains via IBC.

This allows users and developers to easily move values across different chains. Juno is an interoperable smart contract hub that uses CosmWasm, where smart contracts are programmed in Rust and Go instead of Solidity.

They will have a token launch too and this could take market share away from Juno as most users are currently still using Metamask as their default wallet and might be unwilling to change to Keplr or other cosmos wallets.

There are also many established smart contract platforms such as Solana, Avalanche, and Ethereum which Juno will have to compete with. As the competition gets tougher, Juno will need innovative dapps and strong marketing in order for them to challenge the current leaders. 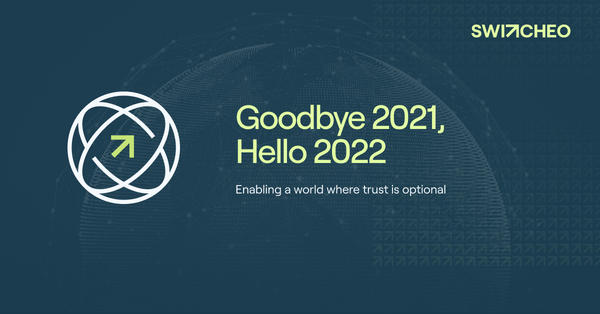 2021 was a year of transformation and growth for Switcheo Labs. Read more to see what else is in store for 2022! 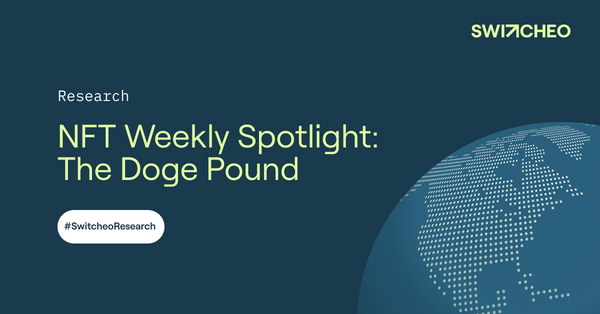