The big narrative recently was the Ethereum Merge which caused the price to rally hard through the past few weeks. In the end, The Merge was a huge technical success, however, ETH's price was an unsurprising 'buy the rumor, sell the news', a scenario that is common in crypto as people rotate to the next narrative.

With the Eth Merge being over, where is the attention going now? What is the next big narrative and will it be able to avoid this curse?

It may very well be Atom 2.0, which has continued trending up with a near double-digit gain since the Eth Merge, with most altcoins selling off heavily.

So what is Atom 2.0 why has $ATOM been climbing while most of the markets are down? Read on to hear our thoughts on it.

What is Cosmos and Atom?

Cosmos ($ATOM) can be considered as a layer 0 blockchain and it is one of the most popular non-EVM chains in terms of users.

Cosmos allows other blockchains using the Cosmos SDK (such as our own Carbon protocol) to be built on top of Cosmos and be connected to it, allowing it to receive security from Cosmos validators.

One impressive feature of Cosmos is the Inter-Blockchain Communication (IBC) module. To keep it simple, IBC allows blockchains to exchange data, tokens, and more, with other chains in Cosmos, all within seconds, essentially enabling cross-chain composability, without relying on a trusted third party.

To elaborate on how IBC helps Cosmos:

Basically, the ability for blockchains to seamlessly communicate and interact with each other trustlessly, helps to unify blockchains in Cosmos, which is one of the most impressive feats of technology, opening up the possibility for complex use cases and helping Cosmos to scale.

In fact, IBC is such an amazing technology that Ethereum 2.0 roadmap is rumored to contain IBC as well.

For more information on how IBC works, you can read this amazing article from Interchain: https://medium.com/the-interchain-foundation/eli5-what-is-ibc-a212f518715f

Cosmos's governance token is $ATOM. It currently has less than ideal tokenomics and poor value accrual from the lack of token utility which is mainly transaction fees (most transactions do not happen on Cosmos but on other chains) and governance (not attractive to most people).

As Cosmos SDK is an open-source SDK, developers can spin up their own PoS blockchain for free, and no value is accrued back to the Cosmos ecosystem. This is evident from Terra's success which was built on Cosmos SDK but did not benefit Cosmos at all until UST was integrated into Cosmos, which collapsed later leaving a void for more stablecoins to fill, such as the Carbon stablecoin.

On top of a lack of utility, it has infinite supply and high inflation. When compared to today's era of tokenomics such as Ethereum's EIP-1559 which burns a portion of the fees making it potentially deflationary, $ATOM's tokenomics has always been its weak spot.

However, with the Cosmos Hub Roadmap 2.0 and the announcement of a new Atom Whitepaper 2.0, and more details being released at the upcoming Cosmosverse event from 26 to 28 September, $ATOM is likely to have revamped tokenomics, and with that comes new value accrual mechanisms, and thus hype and speculation, which may be a reason why the price has remained strong.

What is coming to Atom?

Let's take a look at some of the upgrades that will be coming, as well as speculate on what the revamped tokenomics would be like.

One of the biggest revenue drivers to $ATOM is probably Interchain Security. Before explaining what that is, I need to explain how Cosmos security works.

Cosmos blockchain's security is determined by the economic value (similar to market cap) of its staked assets of the chain validators.

Therefore new chains in the Cosmos are plagued with the problem of creating a token that validators will find valuable enough to buy and stake to protect the network, and getting a big enough validator set to be sufficiently decentralized.

This is why new chains on Cosmos normally offer high inflationary rewards to validators to incentivize them to buy their tokens and stake with them. However, this creates selling pressure on the token price over time. If the new blockchain is not able to accrue enough value before its market cap drops too low from sell pressure, it again faces the increased risk of an attack on its chain.

This is where Cosmos' Interchain Security (ICS) module comes in to help Cosmos blockchains with their security duties. With this module, developers can launch a new blockchain, aka the consumer chain, and have it secured by the validator set of another chain, aka the provider chain.

For example, Cosmos hub is naturally one of the biggest Cosmos chains, and its validators are backed by ATOM which is considered an established asset. With ICS, a provider chain's validators, such as Cosmos, can be leased out to new blockchains for security and can focus on gaining traction instead of finding their own validators, maintaining security, or increasing token prices.

In exchange for providing security, the provider chain receives some of the transaction fees on the consumer chain, as well as some of its staking rewards, and these are direct to stakers.

The provider chain can also inherit the functionality of the consumer chain it secures, allowing it to gain additional functionality without building it themselves.

Imagine in the future where tons of app chains are created, similar to how there are tons of DeFi protocols on Ethereum and EVMs, and instead of spending the effort to secure their own chain, they use Cosmos as their provider chain as they are one of the largest and most neutral and established entities in Cosmos. All the staking rewards and gas fees given back to $ATOM stakers would create a lot of value accrual, which should increase $ATOM's price.

This module takes interchain compatibility to the next level by allowing for a blockchain to securely create and control an account on other blockchains via IBC, saving time and resources for developers, and more importantly allows users to accomplish more with just a single interface, creating a much more seamless and streamlined user experience.

Imagine users interacting with an app chain that uses a money market, it can use Carbon's money market on the backend, and the user doesn't even need to go to Carbon's chain to borrow, lend, or leverage, allowing for a much more fluid user experience for everyone on Cosmos.

Another example would be, if an app chain requires a dex, it can use Osmosis on the backend to swap with high liquidity and low slippage instead of the app chain having to create and attract its own liquidity, segregating liquidity on Osmosis and its own app chain.

One more example is Quicksilver, where a single account can be used to vote on all the chains where a user has assets staked.

This increase in composability would make IBC much more scalable as various app chains can integrate new features from other chains a lot easier.

Tokenomics? To be continued...

For the next part, we will be exploring and speculating on the tokenomics changes to $ATOM and what it could mean for the price, so stay tuned! 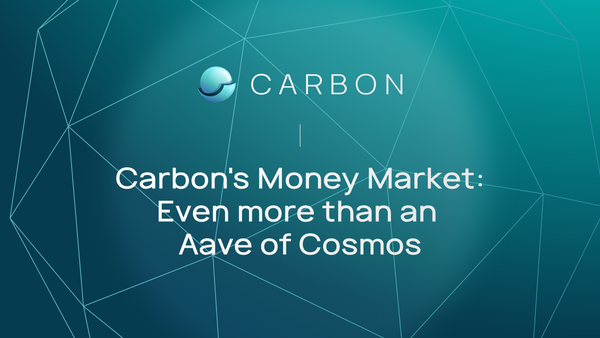 With the upcoming launch of our Carbon money market, the features will help the entire Cosmos ecosystem be even more vibrant. From earning income on idle assets, stablecoin swaps, isolated pools, spot leverage, and more, let's walk through some of its features and possibilities. 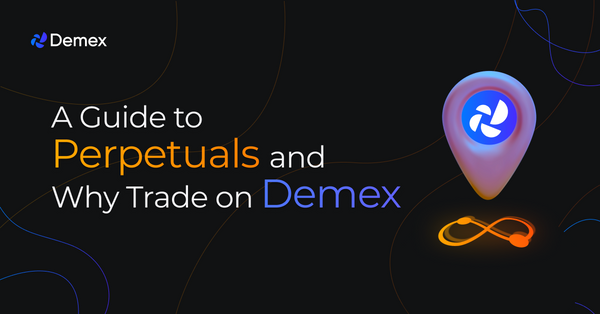 Demex has launched perpetual futures! Read up on some classic strategies as well as why Demex will be one of the best places to trade perpetual contracts!