In a bull market, valuations can be hyped up and irrational and it is hard to determine value against two different tokens of the same industry.

But in a bear market, it is easier to tell which protocols are doing well and which is doing poorly based on how they deliver their roadmap and how much traction they are getting. Hence, it is a lot easier to compare and trade relative value.

This is known as spread trading, or relative value trading. One example of this is where a trader simultaneously longs an asset, and shorts an asset that he perceives as weaker. In this article, we will go through 2 recent examples of spread trading.

We usually start off by picking a category, next we curate a list of protocols in that category that are constantly pushing updates, announcing partnerships, engaging their community, and generally growing.

Then we curate another list of protocols that are slow to update, not driving as much engagement, and generally not growing much.

Using ETH as an example, after Ethereum developers said that they targeted September 19 to be the date of the Eth Merge, $ETH prices started to break above the previous resistance against USD and BTC.

Seeing that this could be a narrative that others would latch onto, a trader could long ETH and short BTC to hedge against the broader market risk if he believes that ETH would outperform due to the development of this major update.

This would have made for a good trade idea, netting 10-20% gains in a week depending on where the profit was taken.

However, shorting other assets with a beta that is higher than ETH, such as other large market cap layer 1s like AVAX or MATIC or SOL, would have yielded significantly poorer returns.

Beta (β) is a measure of the volatility of a security or portfolio compared to the market as a whole (usually the S&P 500, or in our case, we use $BTC as a proxy).

Hence, understanding the relationship between assets, especially their beta, is highly important when doing spread trades. It is preferred to hedge with something of similar or lower beta.

Using the layer 1 space as an example, we noticed that Polygon ($MATIC) has been constantly announcing big partnerships and updates such as native $USDT and $USDC, eBay NFT collection, carbon neutral, Robinhood support, their partnership with Disney, and more ZK announcements.

Comparing their price with the average of the top layer 1 chains (in this case we used $ADA, $SOL, $ATOM, $DOT, $AVAX, $BNB, $ETH), you can see a clear uptrend for $MATIC since they started their announcement in June 2022.

Noticing the big announcements early on and being one of the first L1 token to retest its key support and not go back down to its lows, a trader could see this as a sign of strength amidst the L1 tokens and explore the idea of a spread trade.

Reminder: A spread trade is a more cautious way of longing a certain asset in the face of a poor market environment by hedging it with a short on a similar asset.

This can be done by going long on $MATIC, and for simplicity, going short on any of the L1 token that the trader deems is weaker or has less updates.

For example, on June 23, Harmony ($ONE) announced that their bridge got exploited and their price started to go down. Under such circumstances, it might make sense to enter into a long MATIC and short ONE spread trade.

If a trader were to take that trade, they would be up 55% from the date of the hack.

Alternatively, if a clear short opportunity does not arise, one could simply short the 'market', in this case it can be either $BTC or $ETH.

The charts can be found by typing the following onto TradingView.

However, there are two main downside to this strategy. The first is that you may get your picks wrong, and you end up losing money either one way, or worse, both ways. For example in the MATIC/ETH spread trade, Polygon could have some negative news and $MATIC price goes down, while Ethereum has positive news about the merge, and $ETH price goes up. The second being your profits may be reduced when you are shorting the broader market as a hedge, compared to outright longing an asset.

Another example could be to long $ETH and short $BTC as a spread trade whenever there's good news around the Ethereum Merge.

This means that $AAVE is effectively taking market share away from $MKR by launching a similar product as them. Let's take a look at the price action to see if our bias is right.

Looking at the price chart, we see AAVE started to outperform MKR on the initial announcement, proving that the market agrees with the thesis. Holding onto the trade would have AAVE outperform MKR by a whopping 50%.

Not a bad return in a bear market.

Spread trades enable experienced traders / analyst / investors to hedge against market risk and can still make money longing assets you believe in, even in a down-only market.

It can even be more profitable than regular trading, especially if you are a good picker. But that is of course easier said than done.

It is very important to understand the fundamentals around the token pairs you've picked for your spread trade and have proper risk management, with stop losses in placed for both sides of your trade to maximize your risk/returns ratio.

Always stay updated with the latest news and be nimble, adjusting your strategy if something, be it news or price action, invalidates your thesis.

If you're interested in other popular trading strategies, check out our guide on 3 Popular Crypto Trading Strategies. Remember to never trade with more than what you can afford to lose! 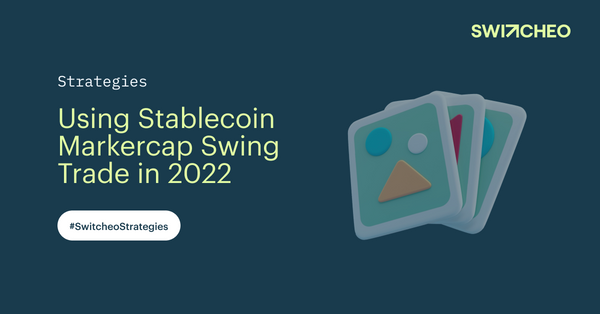 Seeing the importance of stablecoins in crypto today, how can we use it as an indicator to gain an edge? In this article, we will explore how we can use this metric for swing trading. 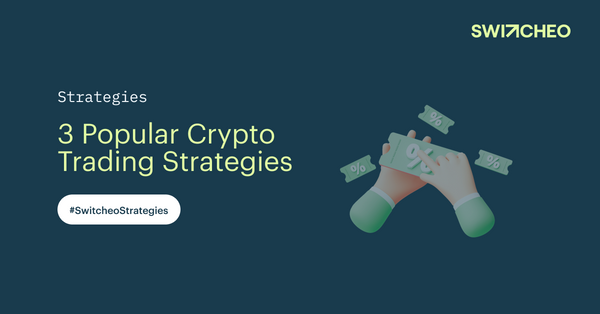 With the crypto markets being one of the most volatile markets, many traders are enjoying the volatility and profiting from it. What are some of the best crypto trading strategies that these traders employ? Let's explore some of them today.