Carbon is an entirely new chain that will be “relaunched” from a new genesis block and move the protocol’s identifier from switcheo-tradehub-1 to carbon-1. In spite of this change, Carbon will continue to encompass the revolutionary characteristics of Switcheo TradeHub and more. For one, Carbon’s launch will be marked by the highly-anticipated Stargate Upgrade that brings major performance, composability and interoperability improvements to the layer 2 DeFi protocol.

Carbon is a permissionless protocol that seeks to enable any type of financial transaction to occur at low costs and at high speeds, without the need of trusted intermediaries, and as a springboard for launching any kind of decentralized financial market.

As part of the rebranding, a new website for the Carbon protocol has been launched and will serve as the first touchpoint for validators, developers and users. The website comes with a robust roadmap and reflects the refined positioning of Carbon, as detailed below!

The core of all things DeFi

The carbon atom is the universal building block of life and the most abundant element in the world. Similar to how it binds and connects with other elements to form the compounds that make up all of life on earth, the Carbon protocol aims to sit at the core of various ecosystems in the multi-chain world, connecting and breathing life into them.

Carbon mirrors three integral properties of the carbon element that make it vital to life - it is highly connective, versatile and stable.

Connective
Carbon-12’s molecular structure allows it to bond with many other elements to form a myriad of compounds. Similarly, the Carbon protocol powers interoperability between siloed blockchain networks, connecting and binding them through cross-chain transactions and more. Already, the protocol is integrated with four chains - Ethereum, Neo, Binance Smart Chain and Zilliqa, with more in the pipeline!

Interoperability between blockchain networks is essential for greater exchange of value within the DeFi ecosystem. Carbon’s ability to power cross-chain capabilities across any sovereign chain allows for boundless collaboration and innovation to occur in a truly open and decentralized manner.

Versatile
Just as the carbon atom exists in numerous forms like diamond & graphite, Carbon embodies versatility by being able to adapt and form the foundations of any type of financial construct. Envisioned to be the building block of DeFi ecosystems, Carbon’s architecture utilizes the Cosmos-SDK as an underlying technology and is highly composable, thereby allowing anyone to integrate with or build upon the protocol.

Compounds of the carbon element such as carbon steel and carbon fibre also have many important and purposeful uses. Similarly, the permutations & possibilities of useful innovations that can be built with Carbon are endless. Some novel use-cases that Carbon can power include AMM-backed orderbooks, decentralized central limit orderbooks (CLOBs), derivatives markets and unequal pool weights. These capabilities can already be seen in action on layer 2 derivatives DEX, Demex.

Security
The carbon element is known to be extremely stable once bonded, another attribute that Carbon mirrors. Carbon affords security to users by being a specialized chain that is secured by a large network of validators, ensuring all transactions are legitimate and safe.

Unlike general-purpose blockchains, Carbon was developed specifically for trading and does not permit arbitrary execution of smart contracts. This means the entire blockchain is highly-optimized for trading-related execution paths while minimizing the number of possible attack vectors on the blockchain.

The Testnet upgrade from Switcheo TradeHub to Carbon is happening today, while the Mainnet launch is slated to occur once all current validators are prepared!

During Mainnet migration, the chain will be halted to allow validators and Switcheo Labs core developers to migrate the old nodes to the new Carbon nodes. Validators will be utilizing Carbon’s new genesis file to complete the upgrade. Once more than 67% validators have upgraded to the new Carbon chain, the new chain will start producing blocks.

As the chain will be halted, all transactions using Switcheo TradeHub on platforms such as ZilSwap (i.e. bridging) and Demex (i.e. trading, deposits, withdrawals, liquidity pooling) will be temporarily disabled during the migration process. All funds will remain safe as Switcheo Labs core devs and validators work to ensure a smooth transition to the new Carbon chain. The upgrade will not affect Layer 1 smart contracts or cross-chain state and will resume seamlessly after the migration.

The Switcheo Labs team will provide constant updates on the migration progress on Switcheo Labs’ Twitter and Telegram.

Updated sites with the corresponding information and data from Carbon can be found below:

User interfaces such as Demex and Carbon Scan (new Carbon block explorer) will be migrated to the new Carbon protocol. Trades and transactions will be executed on the new Carbon chain when the Mainnet is launched.

The SWTH token will remain the native, governance token of Carbon. Following Carbon’s launch, upgrades such as the new ICS-2 token standard will be possible.

Envisioned to be a fully community-owned development, anyone is empowered to enact change and seek improvements to Carbon via the protocol’s on-chain governance feature. Governance will continue to be powered by the SWTH token, enabling stakeholders to make key decisions that drive growth of the protocol.

Moving forward, some historical data will only be accessible on Switcheo Tradescan (legacy) as Carbon is a new chain and will not hold any transaction data (only state data is migrated). Open positions, orders, liquidity pools and balances on Switcheo TradeHub will not be affected and will be visible on Carbon.

Switcheo TradeHub was introduced over a year ago as the next evolution in decentralized cross-chain trading and has gone on to power transformative and decentralized applications such as Demex and the ZilBridge. This vision remains rooted in Carbon as the protocol continues to push the boundaries of DeFi. Already, innovative new features and capabilities are in the works to bring the protocol to the next level, equipping Carbon with unrivalled abilities to form the backbone of decentralized financial economies.

Carbon will be an open-sourced, community-driven development, and everyone is invited to join in on this groundbreaking journey.

Switcheo Labs is a creative and experimental think tank that bootstraps and nurtures decentralized ecosystems in the DeFi space. Founded in 2018, Switcheo Labs was born out of a simple desire to make finance accessible and trust optional. Recognizing the financial challenges that currently exist, Switcheo Labs innovates on robust alternatives to put power back where it rightly belongs, in the hands of the people.

Carbon is a Layer 2 trading protocol powering cross-chain financial markets and infrastructures. As a custom-built sidechain, Carbon is designed specifically for trading sophisticated financial instruments such as options, bonds and futures at scale. Developers can build, implement and scale any kind of decentralized application on Carbon while enjoying multi-chain interoperability. Carbon acts as the core of the multi-chain world while laying the foundation for the future of decentralized financial economies. 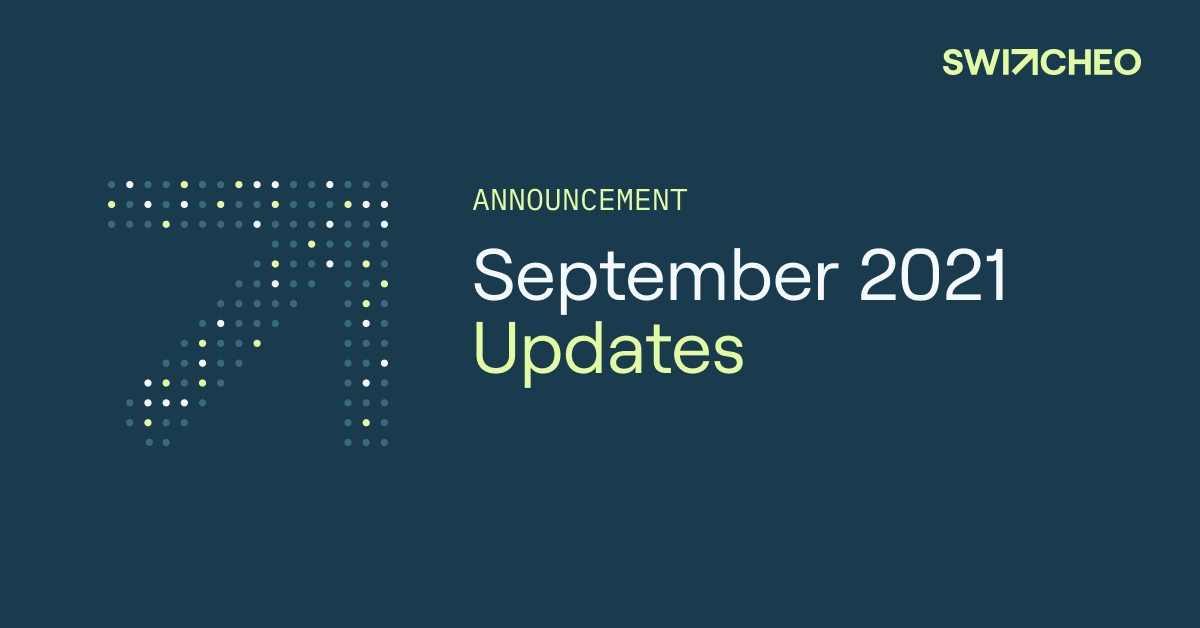 September has come and gone in a blink of an eye and left in its wake, a flurry of updates from Switcheo Labs. 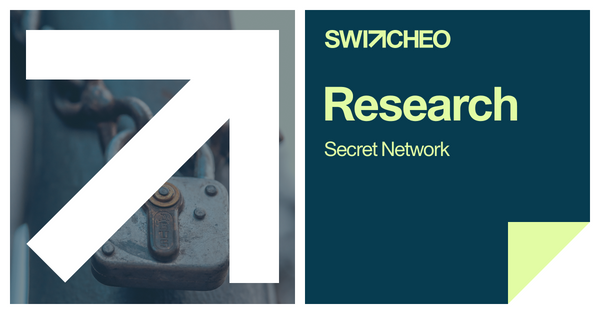 Secret Network is the first blockchain with data privacy by default, allowing you to build and use applications that are both permissionless and privacy-preserving.