With the crypto markets being one of the most volatile markets, many traders are enjoying the volatility and profiting from it.

What are some of the best crypto trading strategies that these traders employ? Let's explore some of them today.

One of the most popular strategy for trading a volatile market is buying at the support and selling at the resistance, this is known as range trading.

The crypto markets often go through a period of expansion and consolidation. This means that after a big move either up or down, there's usually a period where the token will go sideways, usually in a range.

A good range trading tip is to look at overbought and oversold levels using the RSI and using the Stochastic RSI to determine potential areas where you want to buy and sell, in order to effectively trade the price range.

Here's an example of range trading. We will be using the 6 hours timeframe and the Heikin Ashi candles, this set up makes it easier to see when the trend is changing. Once the initial price lows and highs are set, you can use that as an existing range. When the price approaches the lows of the range and the RSI is below 30, you can get ready to buy. The trigger is determined with the Stoch RSI, once that points up, you can look to enter a position. Repeat the same strategy on the top side.

Note: A range doesn't always have to be parallel, here's an example of a range that is pointing up, which is known as an ascending or rising channel, but depending on how you look at it, it can be an ascending wedge as well.

Now that you understand how this strategy works, you can head over to Demex and start trying it out by trading BTC!

"The trend is your friend until the end."

That is the main idea for trend following strategy, trading in the direction of the trend. This usually occurs when the price goes out of an existing range.

Here is an illustration of how it works:

This is strategy usually happens after the range trading strategy as the market exits the range and usually begins to follow a certain direction.

A good way to execute this strategy is to wait until an existing range breaks and price retests the range and bounces off, this is known as confirmation and a new trend is formed.

To aid this strategy, you can also enable Heikin Ashi as well as a short simple moving average. The Heikin Ashi is a candlestick pattern technique that aims to reduce some of the market noise, creating a chart that highlights trend direction instead of pure price action which we are not too interested in for this strategy that mainly focuses on trend changes.

After Bitcoin breaks below the ascending channel range, it goes back up to retest the previous range to see if it was a fake out. It got rejected, increasing the probability that the range is broken and a new trend is forming.

In our example below, the moving average used was the 10 day and the price went above it after dropping roughly 25% after the trend broke.

Note: This strategy often offers a good risk reward that is above 2, however it is best to wait for confirmation that the trend is broken by having the price retest the previous range and bouncing off. This is because a fake out is highly possible before a new trend is formed.

This is a strategy where traders believe that if the price goes too far from a certain moving average price, it will eventually go back, also known as mean revert.

It is best used when you have enough historical data to know where the mean is and how far prices can typically deviate away.

Below we have an example of a long term mean reversion trading strategy.

We have two simple moving averages (SMA) that the price of Bitcoin often goes back to, the 200 SMA and the 300 SMA. Throughout 2016 to 2022, when Bitcoin deviates too far away from these moving averages, Bitcoin eventually returns to it.

Similarly, if Bitcoin is too far below these SMAs, it is also likely that Bitcoin will eventually return to touch it.

The same idea can be applied on shorter timeframes as well such as on the daily or even hourly candle, making it similar to the range trading strategy.

Tip: You can combine this strategy with trend following strategy and enter once the existing trend away from a key moving average is broken, and prices start going towards the moving average instead.

These are some of the more popular trading strategies that you can try. If you are not familiar with any of them, the range trading strategy should be the most beginner friendly strategy.

Trading can be very profitable with proper risk management implemented. Always make sure you are familiar with the basics of trading and trading risk management before attempting, and never trade with more than what you can afford to lose!

If you’re interested to try out the above strategies, feel free to set up an account with dem.exchange and get started.

Spread trade is an advanced strategy that allows you to still make money longing in a bear market, by hedging it with a short. Let's explore three examples. 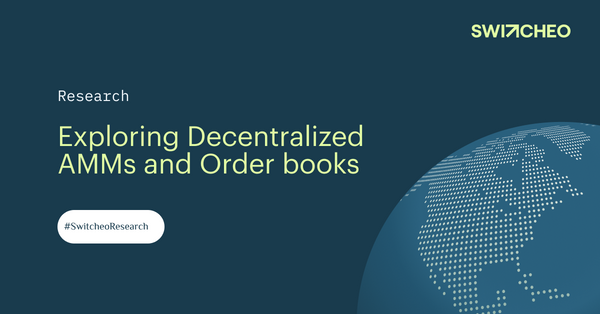 The world of DeFi is wild yet imaginative. For those brave enough to make innovation their playground, the jury remains out on whether the success of DEXs and AMMs is short-lived. What's the true answer to DeFi's mission of democratizing financial markets? Read on to find out.