Decentralized exchanges (DEXs) have come a long way since the inception of EtherDelta in 2016. The hallmark of using a DEX back then was easy access to buy or sell any tokens on Ethereum as soon as the project team unlocked the tokens after the token sale, allowing ICO (Initial Coin Offering) investors to easily cash out on their profits to free up capital. This was when participating in ICOs could be hugely profitable and investors wanted to enter and exit as many projects as fast as possible. In addition, DEXs, which are non-custodial by nature (since funds are stored on smart contracts), were also much more secure than their centralized counterparts.

Much has changed since the days when EtherDelta was the primary DEX for trading high-demand, but otherwise unlisted, Ethereum tokens. In this article, we will cover the evolution of DEXs, from then until now

In the early days of EtherDelta, traders were drawn by tokens that were first listed on the DEX before major centralized exchanges. EtherDelta opened an immediate avenue for users to trade their newly bought tokens or to accumulate such tokens once transfers were enabled. The drawback of using EtherDelta, however, was that certain trades were executed far from the intended price. This was due to EtherDelta not having a matching engine, allowing the bid-ask spread to overlap. Exacerbated by a poorly designed user interface, which caused users to confuse the price value for the quantity and “fat finger” trades, this led to trades being executed far from their intended price.

By solving the EtherDelta matching engine issues and moving its order-matching engine off-chain, IDEX was the next DEX to launch on the Ethereum blockchain, capturing much of EtherDelta’s market share on ERC-20 tokens. As the ICO market died down in 2018, projects on various other blockchains allowed for token issuance, namely Tron, EOS, and NEO, with newer DEXs on these various blockchains, such as Newdex on EOS and Trxdex on Tron.

While these DEXs were excellent on their own blockchains, traders were constrained to tokens specific to these blockchains. In order to trade between blockchains, they had to transfer their tokens to a centralized exchange. Moreover, DEXs typically required users to connect using private keys or various wallet providers, raising the barrier to entry for new crypto users.

When launching Switcheo Exchange, our goal was to first enable users to trade assets across multiple blockchains and to provide a world-class user experience already familiar to most users. This enables new crypto users to easily onboard onto a DEX without the need to manage their private keys across different blockchains, while still allowing more sophisticated users to connect to our exchange using their private keys and hardware devices, ensuring the safety of users’ funds throughout the trading process.

In the first half of 2019, we met these goals with the introduction of Switcheo Account and Atomic Swaps. Switcheo Account utilizes email logins and is a non-custodial wallet that allows users to trade on all chains without requiring a separate wallet for each blockchain. Atomic Swaps enables our users to trade the different assets across the blockchains we support (Ethereum, EOS or NEO) without giving up custody of their assets.

In the second half of 2019, our focus will be on building our own side-chain. Our objective is to create a truly decentralized exchange through on-chain order matching with a decentralized governance system, which will allow for a listing process governed through validators on our blockchain. Architecturally, we decided to build trustless gateways to connect to each blockchain, which will allow other blockchain projects to create Switcheo Chain assets. This architecture eliminates our reliance on centralized counterparties and ensures the safety of funds.

As the industry moves towards building a decentralized future, our goal is to allow assets to be transacted without the need for a trusted third-party, while providing a great user experience. We believe that this is the first step to building a truly decentralized exchange and is the key to mainstream adoption.

Asia Blockchain Review is the largest initiative for media and community building in Asia for blockchain technology. It aims to connect all blockchain enthusiasts on a regional scale and facilitate the technological foundation of blockchain through a range of group discussions, technical workshops, conferences, and consulting programs.

Our goal is to cultivate and encourage a collaborative community for our members to gather, share their experiences and endeavors in the blockchain space, and brainstorm the potential uses of blockchain technology. 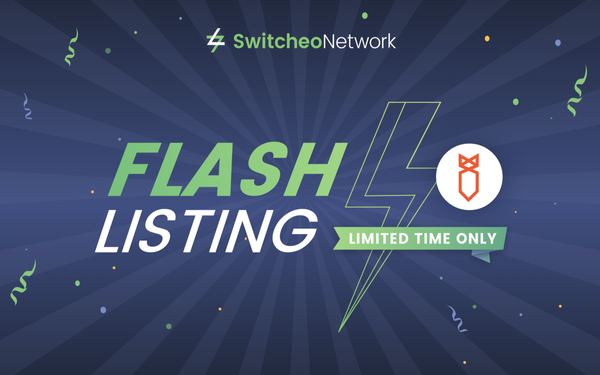 The Flash Listing period has ended for Half Life (NUKE). As there has been no sustained trading volume over the 30 days since it’s been listed, NUKE will be delisted from Switcheo Exchange effective immediately. 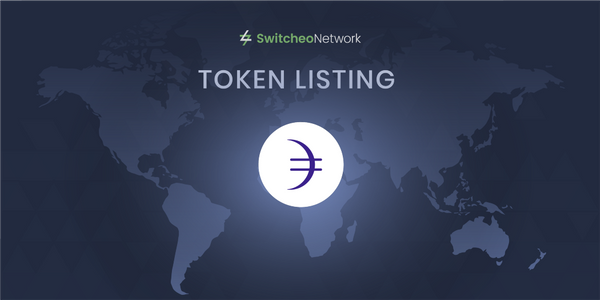 We are delighted to announce that Dusk Network (DUSK) is now listed on Switcheo Exchange [https://switcheo.exchange/markets/DUSK_ETH?utm_source=blog&utm_medium=