Before we dig into what’s in store for the rest of this quarter, let’s look back at what we’ve been done in the past few months!

UI / UX Improvements
In Q3, we continued to improve on the exchange’s interface to make it more welcoming for professional traders and newcomers alike. This time, we focused primarily on the Order History and Login Interface components.

Jasper Upgrade (Ethereum V2 smart contract)
One of our major endeavours this quarter was to update our Ethereum trading smart contract. This upgrade enabled some innovative features such as lower fees, decentralized liquidity pool integrations and more. Here’s an article with the full details on the Jasper upgrade!

Referral Program
Our engineers devised a novel way to tie multiple wallets to a single identity through our new Switcheo Portfolio. With that, we’re the first true DEX that allows arbitrary referrals, allowing users to retain using their own 3rd-party wallets! To prevent fraud, we also implemented a robust, proprietary fraud detection module within our backend system. Going forward, we intend for the portfolio system to be gradually expanded, with many possibilities in the pipeline.

NEO EcoBoost Partnership
We partnered with NEO Foundation under their NEO EcoBoost program in Q3. We’ve had a lot of tangible activity brewing in the background since then — unfortunately we have not finalized anything in time to announce in this update. Stay tuned for more happenings in Q4!

Switcheo Chain MVP
We completed our decentralized trading engine and block explorer in September. Here’s a sneak peak of what’s been going on behind the scenes!
https://www.youtube.com/watch?v=vO3rBlyAS0U&feature=youtu.be

We’ll touch more on how Switcheo Chain works in our user preview to be released soon, and also further discuss how we want to move forward with the protocol within the wider ecosystem in Q4 below.

BTC Support
We initially intended to complete an atomic swap gateway for WBTC to BTC in Q3. However, with the massive amount of development work being done in parallel, we realized that was not a viable target. Still, we’re committed to providing BTC deposit & withdrawal support and hope to launch this in Q4.

By being the first trustless gateway for swapping WBTC to BTC and vice-versa, we hope to improve WBTC usage in the ecosystem greatly. We also believe that providing the option of transferring BTC into the exchange to then trade as WBTC on the Ethereum network will boost the overall liquidity on Switcheo.

External Liquidity Pool
We will finally enable our external liquidity pool integrations, starting with Kyber Network and Uniswap! Our current target is to go live in the first half of November.

Switcheo Chain Protocol Development
After some in-depth discussions within our engineering, product and trading teams, we have decided to fork Switcheo Chain into two different development directions. This split will primarily center around how state changes on main-chains are secured (such as deposit, withdrawals, and state transitions of token ownership).

The first direction will continue along our original intention of using a ZKP / optimistic rollup implementation to allow scaling and cross-chain trading with full on-chain data availability, while the second direction will make use of a custom decentralized oracle protocol.

The new decentralized oracle protocol will not just secure custody of funds, but also allow external price feeds for implementing more advanced financial products such as CFDs. We’ll be working with a partner to launch this in the near future!

Backlog Items
Due to split in direction, we’ll be releasing not one, but two whitepapers describing the specifications and motivations of Switcheo Chain soon! Open-source bots and other convenience features have been pushed back for our team to focus on Switcheo Chain. However, we’ll be pressing ahead with our marketing and branding efforts in Q4.

Catch us at Singapore Fintech Festival, The Capital & BlockShow Asia from 11–15 November to chat more about Switcheo and our future! Contact @ttjz91 from our Telegram group to reach us. 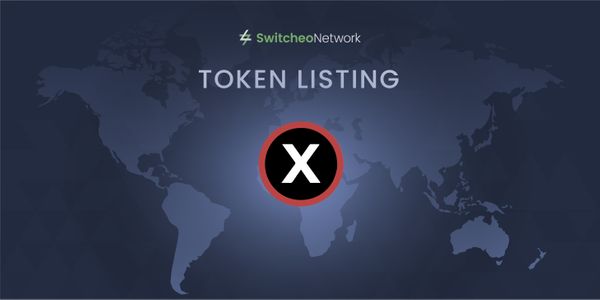 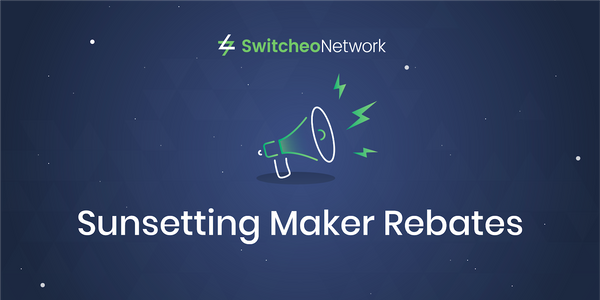