As part of a weekly Telegram event “NEO Live”, our CCO, Jack Yeu, will be answering your questions in a Telegram AMA session on 8th August 2019 at 8pm SGT (UTC+8).

NEO is an open source project driven by the community. It utilizes blockchain technology and digital identities to digitize assets and automate the management of digital assets using smart contracts. Using a distributed network, it aims to create a “Smart Economy”.

NEO was founded in 2014 and open sourced on GitHub in June 2015. Its MainNet was released in October 2016 and has been running in stable capacity for two years. Its vision of a “smart economy” was set up along with the project rebranding in 2017.

Find out more about NEO here:

Switcheo Network is the first decentralized cryptocurrency exchange on the NEO blockchain which now allows trading of EOS, Ethereum and NEO tokens.

Our goal is to achieve a DEX network with cross-chain swapping capabilities across multiple blockchains, with a focus on delivering a world-class trading experience in a fully trustless and decentralized environment. 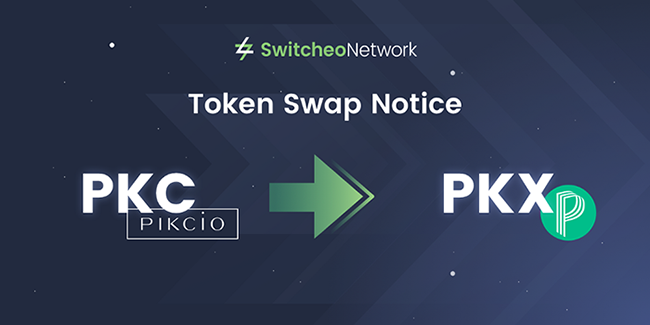 Dear Switcheo Community, Pikcio (PKC) has announced their snapshot and conducted their token swapon 30 July 2019. The Pikcio team has airdropped all PKC holders with 1:1 PKX tokens, including users who have PKC in our NEO V3 and V2 contracts. 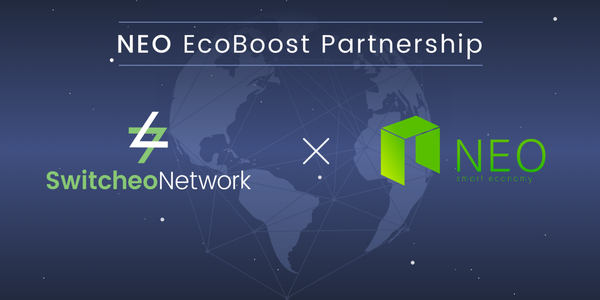 We are thrilled to announce that Switcheo is among the first members to be partnering with NEO under the NEO EcoBoost program. As one of the