Switcheo Exchange will officially be decommissioned on 30 April 2021. After this date, the exchange will cease trading and deposit activities.

Why we are retiring Switcheo Exchange

In our previous blog post that details Switcheo’s roadmap for 2021, we touched on a few reasons as to why the decision was made to retire Switcheo Exchange.

Firstly, Switcheo Exchange is a registered corporation in Singapore. This centralizes the product and our operations, which prevents the protocol from achieving true decentralization that Switcheo TradeHub has already begun to lay the groundwork for.

Switcheo’s vision for a truly open financial platform culminated in Demex, the 2nd-generation derivatives DEX powered by Switcheo TradeHub. Upon Demex’s soft launch in December 2020, backend operations have already been fully decentralized, while its user interface (UI) is on track to full decentralization as well. Retiring Switcheo Exchange is thus necessary to achieve our goal of having a protocol entirely governed and hosted by the community.

In addition, transaction volumes on Switcheo TradeHub have already exceeded that of our legacy smart contracts with a record of over $2m in transaction volume. We therefore find this an opportune time to focus our attention on evolving Switcheo TradeHub in order to paint a more accurate depiction of how the Switcheo ecosystem is performing. In doing so, we foresee a greater recognition of the Switcheo Token’s (SWTH) value.

Making the shift to Demex

Switcheo Exchange was beloved for enabling seamless trading of tokens that were difficult to find and trade on other platforms. Demex maintains this vision for accessible markets by enabling permissionless token listings on its platform. Powered by layer 2 cross-chain trading protocol, Switcheo TradeHub, users can also expect a superior trading experience with Demex’s enhanced transaction throughput and lower gas fees.

Understandably, this is a big change for traders and longtime users of Switcheo Exchange. As such, we plan to sunset Switcheo Exchange gradually such that users have sufficient time to move their trading over to Demex.

Atomic swap trading for certain trading pairs have already been disabled on Switcheo Exchange. Popular markets (and their respective liquidity pools) with high trading volumes on Switcheo Exchange such nNEO/GAS, nNEX/nNEO will also be transitioned over to Demex in due course. Meanwhile, ETH/WBTC, nNEO/ETH, CEL/USDC, CEL/BUSD among other markets have already been added on Demex.

What users need to do

Once markets on Switcheo Exchange are made available on Demex, active traders can simply move their trading over to the layer 2 exchange and enjoy much lower fees while trading their favourite pairs.

To allow sufficient time for our users to withdraw their funds from Switcheo Exchange, the UI will be kept online for minimally 6 months and may be taken down thereafter.

Users will be required to withdraw their funds from their Switcheo Accounts and Contract balances. For Neo-based tokens that cannot be subdivided, a legacy pair will still be available on Switcheo Exchange so that they can be traded against nNEO for withdrawal, even after the decommission date.

For Ethereum-based tokens, users will be required to manually withdraw their tokens. Users should check their Switcheo Accounts (not the same as Switcheo TradeHub account) and Contract Balances on the exchange for any ERC-20 tokens and withdraw them.

We will continue to alert and remind users through our social media channels - Twitter, Telegram, Reddit & Discord, to withdraw their funds from Switcheo Exchange as soon as possible.

How is Demex different from Switcheo Exchange?
Switcheo Exchange is built on the Neo blockchain while Demex is built on its own sidechain called Switcheo TradeHub. Switcheo TradeHub is a layer 2 decentralized trading protocol that runs parallel to Layer 1 chains such as Ethereum and Neo, allowing for much cheaper and faster transactions. Switcheo TradeHub’s protocol also includes cross-chain liquidity pools that support the AMM-simluated orderbooks on Demex, guaranteeing liquidity to the exchange and boasting robust rewards for liquidity providers. Being built on its own sidechain, Demex is able to support more sophisticated financial instruments that Switcheo Exchange cannot, such as derivatives which are coming to the platform very soon.

Additionally, Switcheo TradeHub will be interoperable with multiple other blockchain networks through the Poly Network alliance and Cosmos’ Inter-Blockchain Communication (IBC) protocol. This ability for cross-chain communication removes any form of barrier on the types of tokens and markets that can be added onto Demex. What’s more, users themselves will be able to list the tokens they want to see on Demex through Switcheo TradeHub’s on-chain governance system. This was not possible on Switcheo Exchange due to its high degree of centralization.

Switcheo is a protocol and software development entity focused on building groundbreaking platforms and blockchain solutions that pave the way for a decentralized future. Its flagship protocol, Switcheo TradeHub, is a layer 2 cross-chain protocol designed for high-performance trading of any asset, at scale. Traders can deposit tokens from various L1 chains to trade on Demex, a 2nd-generation DEX that runs on the Switcheo TradeHub protocol. 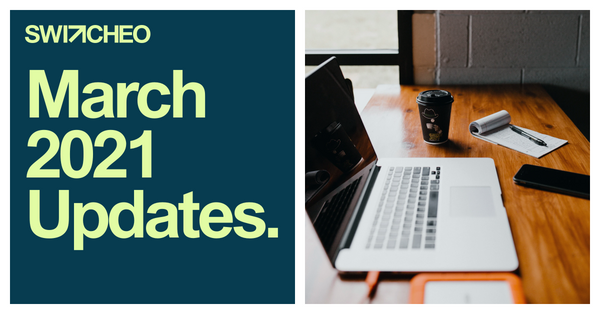 The month of March was jam-packed for Switcheo and made even more special as we celebrated our third birthday on the 31st! 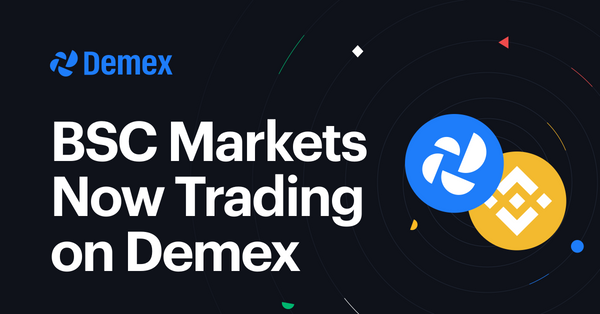 Cross-chain trading and liquidity mining for BEP-20 tokens are live.