Calling all developers, it’s your time to shine! We’re taking yet another step towards our goal of becoming a full-fledged decentralized autonomous organization (DAO) by opening up the development of the protocol to you!

True decentralization can only be achieved when developmental aspects are not fully reliant on a central entity, which can make it easier for the protocol to be compromised.

The core focus of decentralizing Carbon's development is to ensure that the ecosystem remains censorship-resistant and robust by having distributed points of development. When alternative user interfaces (UI) are hosted by the wider community and can interact with the ecosystem independently, network stability and security can be safeguarded in the event of a system fault.

In conjunction with this new initiative, Switcheo is excited to announce the launch of the Switcheo Development Fund, a grant funded by a community tax that will provide financial support to these community-driven development projects.

What Exactly Is the Switcheo Development Fund?

The Switcheo Development Fund (SDF for short) is a newly created fund that is entirely on-chain. It aims to incentivize developers in the community to spearhead projects that drive growth of the protocol.

At launch, the main focus of the SDF will be to encourage development projects that contribute to censorship-resistance and decentralization of Carbon such as additional interfaces, public nodes, explorers and wallets. Over time, this focus will be shifted to other core aspects of the protocol, such as additional features, capabilities and products that can be built on top of Carbon.

How Will the SDF Be Funded?

Our goal to sustain development of Carbon in the long-run is to activate a perpetual community tax via governance. The community tax will be obtained from 10% of all block rewards derived from trading fees, inflation fees and any other protocol fees that are originally directed to SWTH stakers.

To kickstart the fund, Switcheo will bootstrap it with 3 million SWTH as a sign of support for the fund, as well as a commitment to building a truly decentralized ecosystem.

As the distribution of block rewards is recorded on-chain, all decisions on how the rewards are issued will require the consensus of the community which can be achieved through a governance vote. Therefore, an on-chain governance proposal for the aforementioned community tax will be put forward once the community has understood the proposal and motivations behind this new initiative.

Before casting your vote, do join the discussion over at our Discord server and Switcheo Foundation Forum.

To find out more about how to apply for the grant and more details on how projects will be implemented, click here.

What Kind of Projects Should Be Funded?

Given that projects will be funded by a community tax, it is imperative the chosen projects are beneficial to the protocol and all users in the community.

Therefore, the SDF should be prioritised for projects that have a higher relevance to decentralizing the protocol, which are often more complex and costly to develop. Such projects are also more likely to benefit individuals in every user category.

The table below highlights some examples of projects that are categorized based on their relevance to decentralization. While the list is not exhaustive, the projects featured can be taken on by interested parties under the SDF.

To push the decentralization of Switcheo’s development even further, we’re running a Switcheo Community Boost Campaign that will begin once the Switcheo Development Fund is approved on-chain! The campaign will run for 6 months and will top up additional funds to further support development projects.

Funded by the Switcheo treasury, the Switcheo Community Boost is an added incentive to accelerate the initial uptake of community-led projects. Projects that have qualified under the SDF will be eligible to apply for additional matched funds from this campaign after going through a screening process by the core team at Switcheo.

To illustrate how the Switcheo Community Boost Campaign will work:

Do note that projects will be screened according to their relevance in decentralizing the protocol, and are selected at the discretion of the Switcheo team. All decisions made are final.

By expanding the development of the protocol beyond Switcheo’s core team, Carbon will certainly stand to benefit from harnessing the creativity and expertise of talented individuals in the wider development community. We believe that many heads are better than one.

We envision that the Switcheo Development Fund will be a core driver of development which will demand more attention as our ecosystem continues to grow and expand over time.

We can’t wait to see what development ideas the community will have to further propel Carbon forward. Keep your eyes peeled on this space for updates! 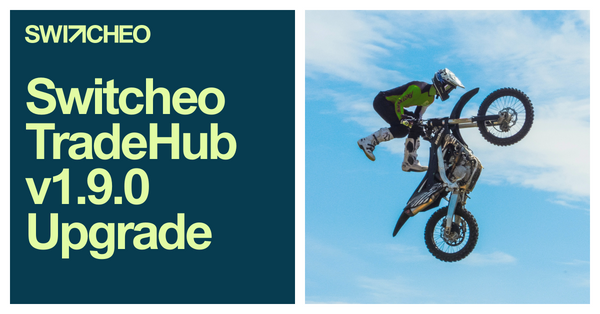 The latest v1.9.0 upgrade for Switcheo TradeHub has been released! 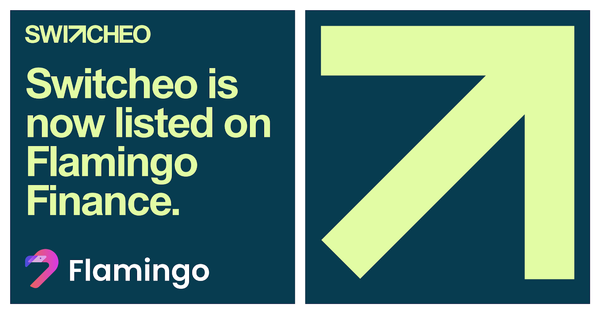