In a blink of an eye, January and February have come and gone. Even as the months continue to fly by, one thing remains — Switcheo Labs never stops building. We kicked off 2022 with a bang, and bring you the following exciting updates!

In January, Carbon’s mainnet was launched after months of preparation. The milestone upgrade re-launched the Switcheo TradeHub sidechain to the new chain, Carbon, both a reflection of the protocol’s pursuit in being the core of all DeFi ecosystems, and Switcheo Labs’ commitment to true decentralization of the protocol.

Leading up to launch, V2.0.0 Stargate upgrade proposal was released which kicked off the entire upgrade process. Thanks to the hard work of Switcheo Labs core developers and Carbon validators, the chain migration went smoothly with no hiccups.

Carbon’s Mainnet launch marks the beginning of an eventful year with even more updates and  developments that fulfill the goals set out to propel Carbon to the forefront of the DeFi movement.

Following Carbon’s mainnet launch, the team also completed both V2.1.0 and V2.2.0 software upgrades, boasting some sweet new upgrades and fixes! Some of these really cool new improvements include greater flexibility in unlocking LP rewards, stricter mark pricing for futures trading, and constraining futures trades to be within an index price bandwidth, which will prevent manipulation of the mark price, ADL and liquidation. For the full change log, read here: Carbon V2.1.0 & Carbon V2.2.0.

In February, the team introduced CarbonHub, a cross-chain dApp for all things SWTH, Carbon's native governance token. Along with CarbonHub's launch, the SWTH token —previously known as the Switcheo token— was renamed to Carbon (SWTH) with a refreshed new token icon! The new icon symbolizes Carbon’s vision of being the core of DeFi, deeply embedded in the heart of all decentralized ecosystems.

Through CarbonHub, users will be able to do anything under the sky when it comes to SWTH. Users can expect to buy, stake, bridge and migrate SWTH tokens directly through the hub. Check it out now if you haven't.

IBC will bring Carbon one step closer in creating accessible markets and financial constructs to all by interweaving in the Cosmos ecosystem and extending its capabilities (i.e. decentralized derivatives, cross-margining, AMM-orderbooks) to Cosmos users.

The Carbon <> Osmosis connection has been successfully enabled with the first IBC SWTH transfer tried and tested! The Switcheo Labs team is working closely with Osmosis in getting the SWTH-OSMO pool up on the leading Cosmos AMM DEX, along with issuing SWTH as reward incentives from the Switcheo Development Fund following a governance vote.

Connecting with Osmosis creates greater accessibility to SWTH, opening up Carbon to the wider Cosmos ecosystem. Beyond Osmosis, the team will be looking at integrating with other IBC-enabled chains the likes of Secret, Cosmos Hub and Terra. You can already view the (Testnet) connection between Carbon and Osmosis on Map of Zones, the Cosmos network explorer!

We are excited that GhostMarket has listed its GM token on Demex! GhostMarket is a fully non-custodial cross-chain NFT marketplace, powered by smart contracts on each integrated blockchain. GhostMarket is integrated with AVAX, Polygon, Phantasma, BNB Chain and Neo, and is also listed on several notable exchanges such as PancakeSwap, MEXC, Flamingo Finance and QuickSwap.

The GhostMarket team has also helped to bootstrap the initial liquidity by providing US$100,000 liquidity to the GM/BUSD pool! The incentivisation of the LP is currently in the works, and a proposal will soon be up on the Carbon blockchain.

You can now join in the fun by trading GM tokens or providing liquidity to the LP directly on Demex! Juicy rewards are incoming, so do keep an eye out for them!

In any decentralized project, community is key. With excitement bubbling over Carbon’s mainnet launch and upcoming IBC support, the growing interest in Carbon from the Cosmos community culminated in the Cosmos AMA with Ivan, Switcheo Labs’ co-founder. Hosted by Cosmos ambassador, @ticojohnny, the AMA introduced Carbon to the wider Cosmos community and shed light on some of the features and capabilities Carbon will bring to Cosmos.

Catch the full AMA on the Cosmos Youtube channel.

7. Enter the metaverse with Zolar

The team was also exhilarated to announce the introduction of Zolar, a blockchain-based metaverse centered around unique NFTs which can be used to explore the endless expanse of Zolar. On Zolar, players can engage in exciting missions to uncover hidden treasures (and dangers), which can later be used to upgrade and customize your Metazoa (NFTs) in the future.

Along with Zolar, a new token $HUNY was introduced along with several interesting use cases. Read the Zolar whitepaper to find out more and learn how to get your hands on $HUNY! The first mission on Zolar commences on the 31 March 2022, which also marks the start of the war for $HUNY.

We are fast approaching Phase 2 of minting, also known as The Transcendance. In this phase, OG TBM Bear holders will be given the opportunity to transcend their Bear to a new Gen 0 Metazoa at no added cost. However, there are only 1,000 spots available, so it all boils down to speed!  As always, refer to the rules here. Mark your calendars everyone, The Transcendence begins 14 March and it's fastest fingers first!

As a community-led and governed protocol, the growth and decentralization of Carbon is very much dependent on community efforts. In an initiative to enhance chain health, the community submitted a signalling proposal to set a minimum validator commission of 5%. This would allow validators to sufficiently cover operating costs, and also lowering the threshold for new validators to join the network.

As a cross-chain protocol facilitating transactions across numerous different networks, superior visibility & precision tracking of all these cross-chain transactions is key to user experience on the protocol.

Crypto never sleeps, much to the dismay of the team of research analysts at Switcheo Labs. With the space continuously changing at lightning speed, the team has toiled to catch the storm. In January and February, Switcheo Research covered 10 top-notch articles on various topics within the crypto space, ranging from NFTs, stablecoins and Layer 2s. Dive into the world of crypto through the lens of a Switcheo Labs research analyst and glean new insights. 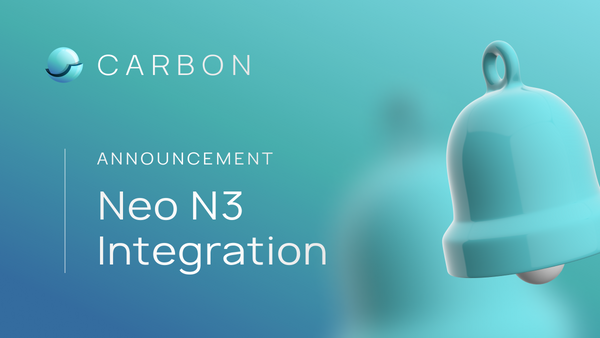 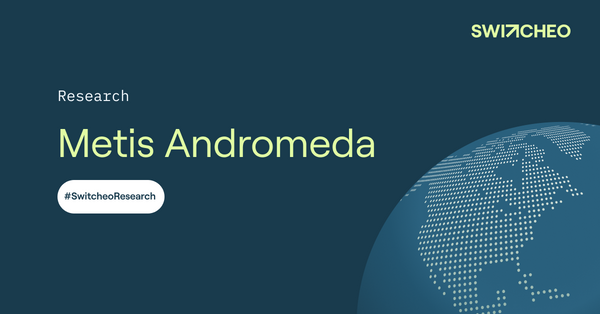 Metis is a Layer 2 scaling protocol that allows developers to run applications, process transactions, and store data on a separate layer above Ethereum.